We sit down with Chef David Chang and learn about his passion and his new venue in Las Vegas at the Cosmopolitan Resort and Casino.

Having the drive and ambition that demonstrates the wattage of Las Vegas, Chef David Chang is the man that knows how to get things accomplished. His acclaimed Noodle bar and culinary exploits are expansive and his reputation as being determined and disciplined in learning and gleaning from the best kitchens in the world is reflective in his focus and fortitude in an industry that is fraught with disaster . 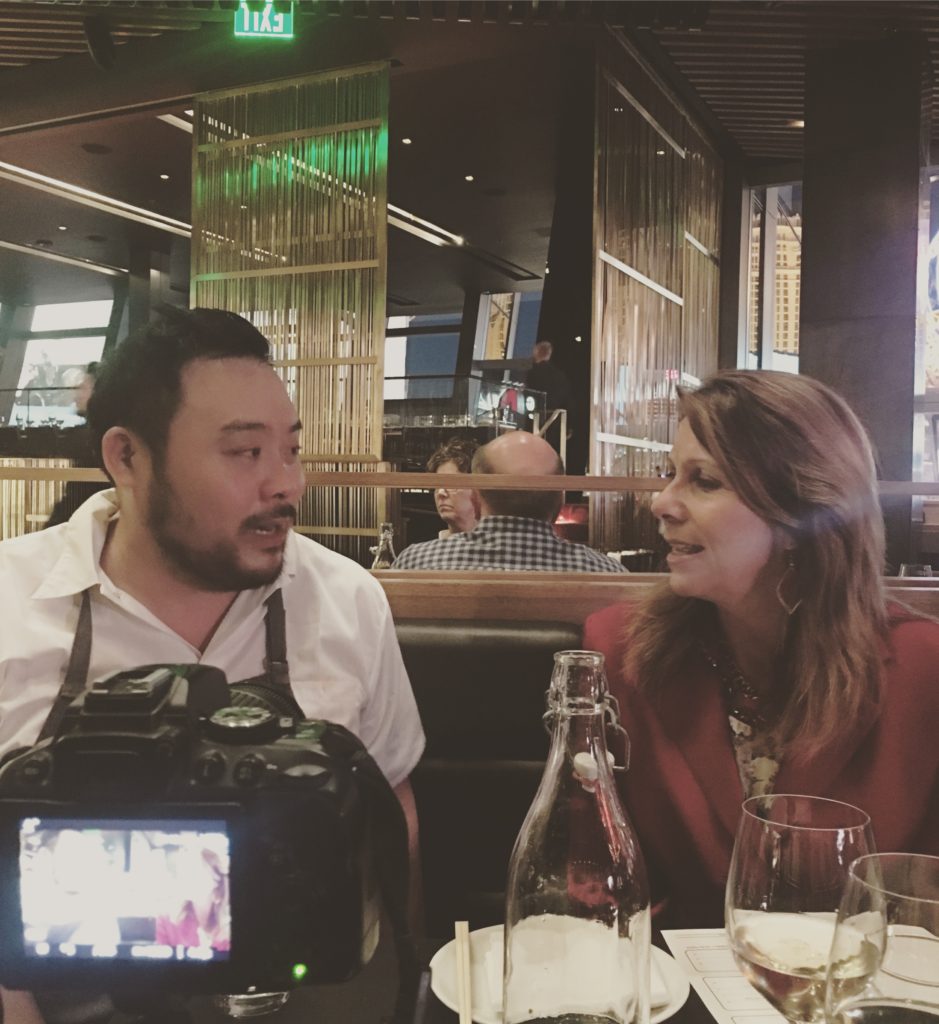 Chef David Chang continues to move forward in his creative process while maintaining the integrity of his vision and branding as a culinary entrepreneur and restaurateur. We had a few minutes to spend with Chef Chang to find out his take on his newest addition, Momofuku located in the upscale, hipster swank of the Cosmopolitan Hotel, Casino and Resort in Las Vegas and learn of his perspective of the turbulent restaurant world. 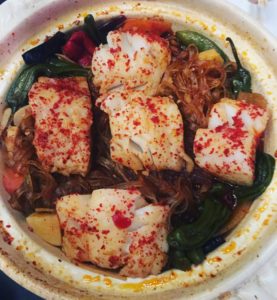 EH: How long where you eyeballing Las Vegas for this venue and are you elated to finally be opened?

DC: We have been looking at Las Vegas since the economic collapse in 2009. It has been a long time with working with the Casinos. I feel like Goldilocks following the breadcrumbs, until we found the right fit here at the Cosmopolitan.

EH: I have read that Momofuku is a “hype-generating, buzz magnet” is that how you would describe the venue?

DC:  We don’t do any of that; we just try to do great food. We hope that we are more substance than flash. We have a lot to figure out in Las Vegas. 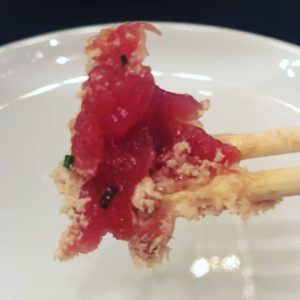 EH: Hospitality is the mainstay of the economy in Las Vegas, what is your definition of hospitality and how will be presented in Las Vegas?

DC. Hospitality has a multiple of viewpoints and has multiple roads but I believe for a long time hospitality was defined as one kind of way which was a Western or Michelin star French way. But I think how I define hospitality is in what really matters and that is how the customer leaves the restaurant. Hopefully they leave ecstatic and they got value from the experience. How you get there doesn’t really matter as long as you do it with ethical and moral guidelines. 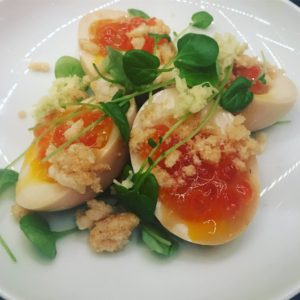 EH: What do you want people to encounter when they first enter you restaurant?

DC: Most of our restaurants are very different; some are what I would term bare boned. After traveling and working abroad and in Asia, I have found that décor and ambience is certainly a very Western perspective to what is delicious and what is great that can be Euro-centric in most part. Living and working abroad and in Asia opened my eyes, in that some of the best food in the world is made in the most humble of places. I would rather have a place that has to overcome its limitations, than to be accentuated by them. It does not mean I don’t enjoy great ambience, but for me it is about seeing the happiness in people’s faces when they are having a good time. It’s a high bar, but that’s the road that I chosen. 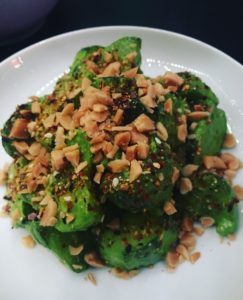 EH: What do you look for in your employees especially in such a transitional type of business?

DC:  First thing I look in an employee will they be harder on themselves than I would be? Are they willing to make mistakes? Do they want to work hard and be a part of the team? It doesn’t necessarily mean they have to be exceptionally talented but do they have the grit and fortitude to go forward.

EH: What are some of your expectations of your venue here in Las Vegas?

DC:  This menu has been really difficult. We have never done the same menu anywhere and that makes it difficult on ourselves, but some things are the same and certain things are not. We try to work with local purveyors to source different ingredients, so things taste different. This restaurant had to get a lot of targets, one is that it is in a Casino that doesn’t really have a Noodle house and there is every type casino in the world that doesn’t have some sort of noodle house, and it has to appeal to a wide range of people; It has to appeal to foodies potentially; it has to appeal to people from out of town looking for a fun night, well it literally has to hit just about every type of demographic. It would have been easier to say we are a steak house but we aren’t, but in fact the challenge is in hitting all our goals and having a menu that we could execute. I have been talking to a lot of our customers and thankfully most people are enjoying us, but there are people with super expectations that maybe let down, I wish we could blow people away, but we just opened so that doesn’t make me happy. So let’s see how we are judged in year 2 or year three. It’s not like a movie premier; the movie is not like going to get any better. We will get better after six months, a year. 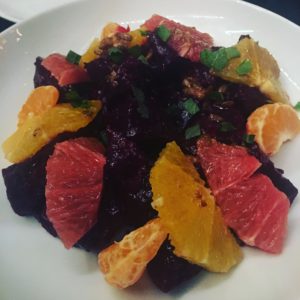 EH: As we the final note, what words of advice would you give an aspiring Chef?

When is Las Vegas, Chef David Chang’s Momofuku is worth a stop to dine and explore a mouthwatering venue with a view.