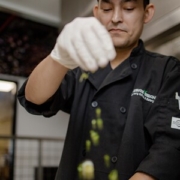 Health and Wellness on the Plate, and in the Kitchen, at Vegas Vegan Culinary School & Eatery

I want to pave the way and give tools to future generations on how to live and eat healthier,” said Heather Heath, owner and visionary for Vegas Vegan Culinary School and Eatery.

Heath has been a fervent supporter of plant-based alternatives and the development of novel methods for assisting people in making the switch to a Vegan diet for more than seven years. Since 2007, her non-profit Willow’s Wish Foundation has worked to improve animal welfare worldwide through various initiatives, including animal spay/neuter campaigns and public awareness campaigns. She has also worked with prominent foundations to promote long-term population control initiatives and long-term solutions for many years as an animal welfare consultant and volunteer in communities all over Asia and South Korea. 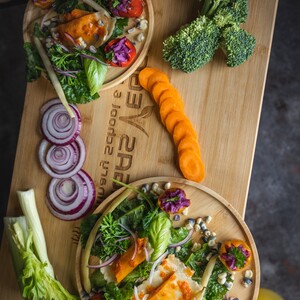 It started with her Willow’s Wish Foundation, where she traveled to South Korea to help end the dog meat trade. She traveled to South Korea many times a year but realized she was just an American trying to reach an ancient culture to make a change. “You just can’t preach to people,” she exclaimed. Instead of trying to combat generational beliefs and economic systems, she developed a friendlier approach by rescuing a brown miniature poodle from a dog farm. Her empathic outlook dissolved barriers, and things took off when Willow became the face of her organization. “I introduced a plant-based alternative in some restaurants where they have been sourcing and serving dog meat. They were open to trying a different source.” Returning stateside, and with that momentum, she focused on spreading her passion into a professional kitchen and eatery, creating the Vegas Vegan Culinary School & Eatery. 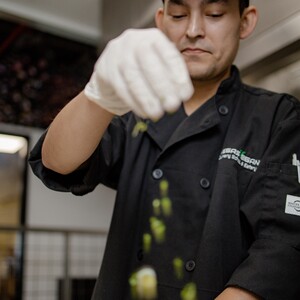 They are located right in the middle of Las Vegas’ downtown hotspots and within walking distance from their location in the Downtown Arts District. The school strives to show visitors how to create flavorful plant-based meals while giving them culinary knowledge on properly cooking plant-based foods. Vegan chefs teach hands-on classes for children as young as five, adult beginners, and even courses for advanced cooks. Formatted lessons allow the average person to learn how to cook, eat, and live healthier. For the youngest aspiring chefs, it is about gaining “life skills.”

“When was the last time you heard of a child learning about nutrition in school regularly,” inquired Heath. “We hope to equip children and families with skills that will benefit them through grade school into years beyond when they must cook and eat independently. We give them a different, healthier alternative. Class sizes average no more than 20, offering a more personal experience, and are split almost evenly between Vegans and the “Vegan Curious.”

The Deli is undoubtedly worth a try. Dive into a juicy Philly Cheesesteak Sub – a savory and delicious Cheesesteak sandwich made with thin-sliced seitan and marinated in an in-house marinade, the trio of sauteed bell peppers, onions, and mushrooms topped with a plant-based cheese sauce served on a hoagie roll. The Mean Green Burrito is made on a double-layered spinach tortilla with cheese in between and stuffed with fresh spinach, hash browns, homemade sausage, sautéed green bell peppers, onions, garlic and jalapeños, and a cilantro-lime cream sauce to top it off. Who doesn’t like a good burger? The Deli’s House-made Burger is a patty made from walnuts and black beans on a ciabatta bun topped with delectable garlic aioli, lettuce, tomato, and Vegan cheese. People in business, couples and even police officers are regular guests to dine in at the deli and leave impressed. “The support from the community has been unbelievable-people love the concept of what I’m doing,” added Heath. 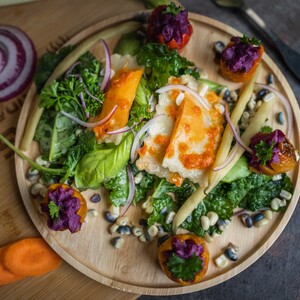 Heath’s mission is to “teach people the ease and deliciousness of plant-based cooking and eating as an alternative to animal consumption,” she added. Currently, the school offers more than 25 monthly classes taught by in-house and vegan chefs worldwide. Guests enjoy more than 16 daily fresh items available for dine-in or take-out at the deli. You can even order a weekly meal prep kit with four meal options and two desserts.

Come with an open curiosity and learn that eating your veggies is a good idea for yourself and the planet.