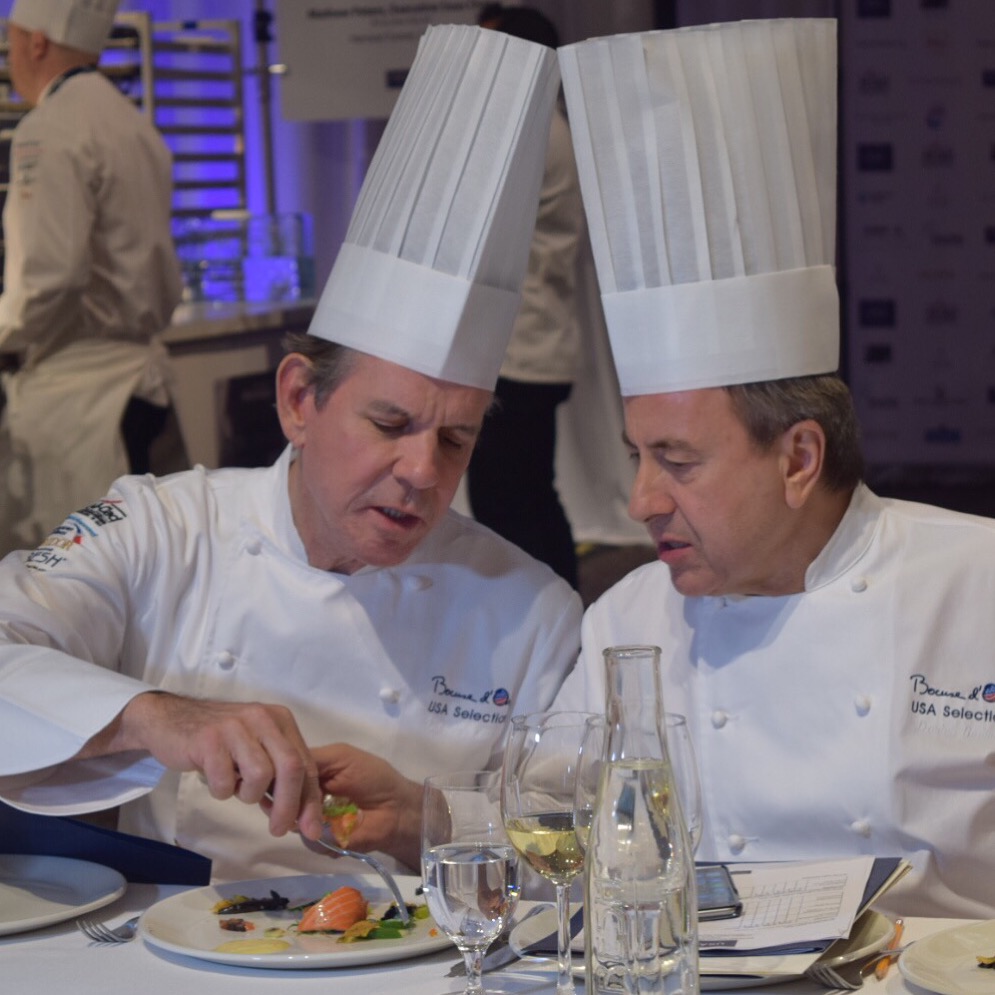 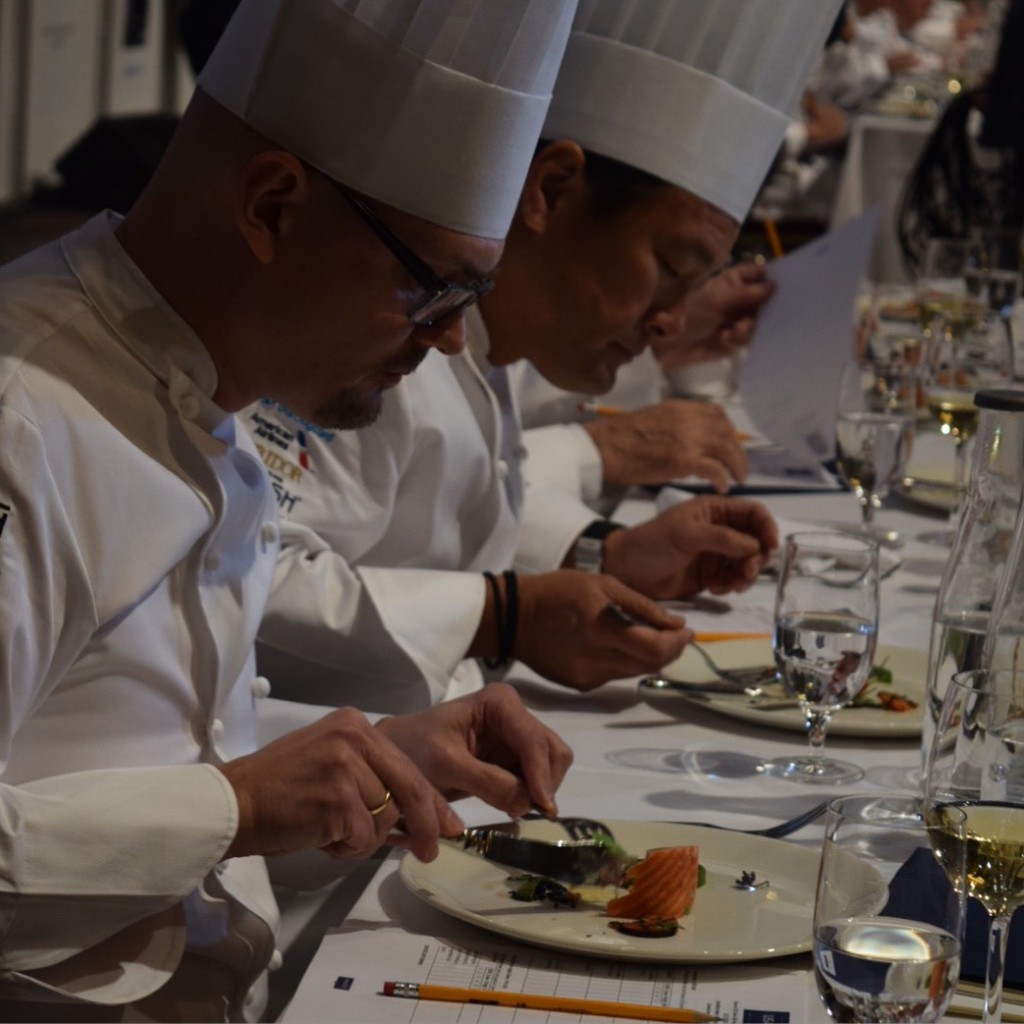 We have known about Bocuse d’Or for years but really never had the opportunity to experience it first-hand. This year La sélection américaine du Bocuse d’Or Bocuse d’Or USA selection was held at the beautiful Venetian Resort in Las Vegas.  We came away with one thought. Bocuse d’Or is a big deal, a very big deal. You know it’s a big deal when you speak with culinary geniuses like Chef Thomas Keller, Chef Daniel Boulud, Chef Jerome Bocuse and last year’s silver medalist Chef Philip Tessier just to name a few. 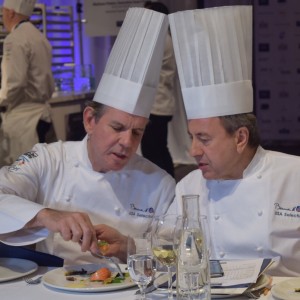 What is this legendary event all about you may ask? In January 1987, French master Chef Paul Bocuse created the Bocuse d’Or. He created a true show like a sporting event placing an emphasis on cooking and on the chefs. The event brings together 24 young chefs from all over the world who are the most promising talents of their generation in their country.

The competition is fierce. Each countries team consists of two chefs, one lead chef, and a commis/assistant chef who must be under 22 years of age at the time of the competition. 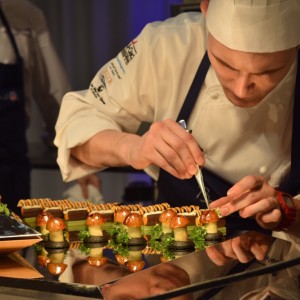 They must prepare two presentations, a meat dish and a fish dish all in an open theater with over 1,000 screaming fans. To decide a winner, a jury composed of the most illustrious chefs in the world choose the medalists.

In the 20 years since its inception, with the increasing number of nations who want to take part in the prestigious contest, the Bocuse d’Or inaugurated in 2007 the concept of pre-selection events by introducing the continental events: 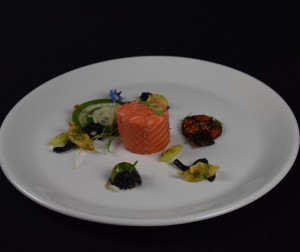 These events are actually continental finals. The winners travel every two years in January during Sirha in Lyon. Many compare Bocuse d’Or to the Olympic Games.  At the USA team selection dish after dish was tasted by the jury of renowned culinarians.

The young chefs nervous with beads of sweat on their brows paid attention to every detail as they watched and waited with anticipation. 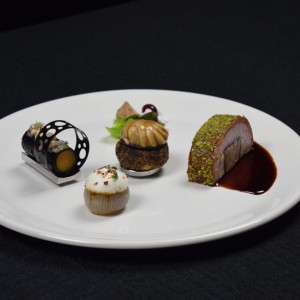 Who will it be to represent the USA in Lyon, France in 2017? After 4:35 hours of intense tests Chef Mathew Peters from Thomas Keller’s Per Se punched his ticket to Lyon in 2017. During fish and meat tests, Mathew Peters showed exceptional technical skills and creativity to create the winning dishes.

For the next year he will be in training honing his skills with America’s best. Leading the training program is 2015 Bocuse d’Or Silver Medalist and Team USA Head Coach, Chef Philip Tessier. 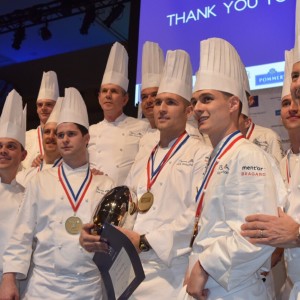 He will also be mentored by Chef Gavin Kaysen, himself a former contender in the Bocuse d’Or and the Foundations’ Board of Directors, Chefs Daniel Boulud, Thomas Keller and Jerome Bocuse as well. 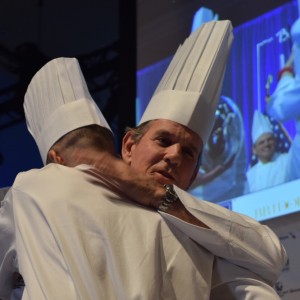