It’s on every travel writer and oenophiles must-visit list this year. Fête des Vignerons held in Vevey kicks off on July 18th, 2019,  we will make the pilgrimage, but decided to take a preview of this prestigious event. Fête des Vignerons has been running since the late 18th century – but this is only the 12th edition. It’s held roughly every 20 years in Vevey and aims to “represent the era we live in now” by involving the whole community in its organization. The festival’s sporadic occurrence only adds to its mythic status. 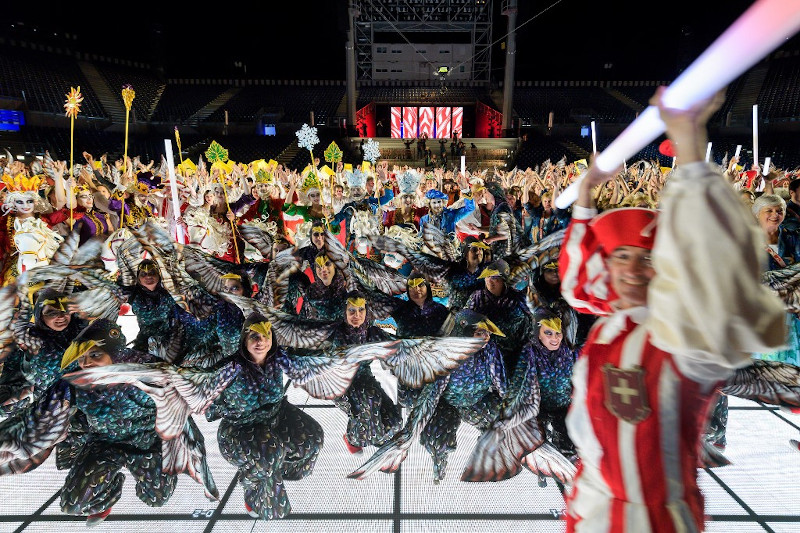 The festival is organized by the Confrérie des Vignerons, a local winegrowers’ association with a long history which oversaw the local wine industry from at least the 17th century or longer. From the 1770s, its purpose was to encourage perfection in winemaking and show off local winegrowers in an annual parade.

In 1797, the association’s president decided to reward the best winegrowers in a public ceremony, which became the very first Fête des Vignerons. Even though the first festival was a success, political turmoil meant it wasn’t held again until 1819, so beginning the tradition of staging the event once in a generation.

The main event of the festival is its daily show, which tells the story of the vineyard through the seasons. Some 5,500 actors are involved this year, along with a 500-strong choir, the Gstaad Festival Orchestra, a big band, alphorn players, brass musicians and percussionists. It’s come a long way from 1797 when it was held on a wooden platform with 2,000 seats. This year’s show will be held in a vast 30m-high stadium built on the Place du Marché, featuring a main stage the size of an Olympic swimming pool, an 870m2 LED floor and seats for 20,000 people. Over the years the festival grew in popularity at each edition, and by 1865 the main arena had 10,000 seats.

At each festival selected winegrowers are ‘crowned’ in a ceremony that acknowledges the best performing winegrowers over the last few years. This year’s crowning ceremony is held on 18 July during the first performance. Speaking of crowns, these crowns have been made locally in the winegrowing village of Chexbres, amongst the ancient vineyards of Lavaux.

This year’s director and designer of the festivities is Daniele Finzi Pasca, a Lugano native who designed the closing ceremonies for the Olympics in Turin 2006 and Sochi. He has also written and directed for renowned circus troupe Cirque du Soleil. 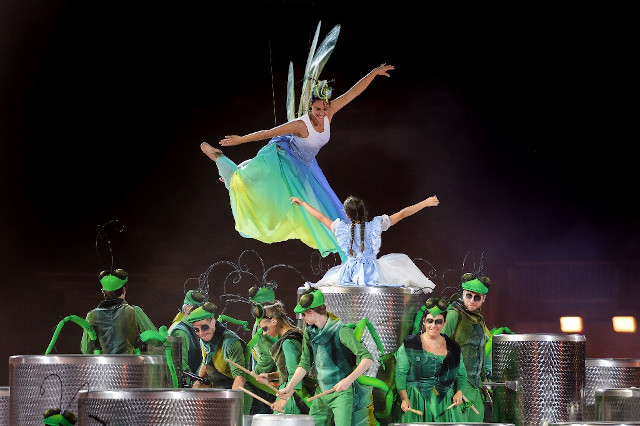 It’s all about the wine of course! This year, festival organizers estimate that between 300,000 and 500,000 bottles of wine will be consumed during the month-long festival. At the last edition in 1999, a mere 210,000 bottles were sold. It’s no wonder The Fête des Vignerons was added to Unesco’s intangible cultural heritage list in 2016. 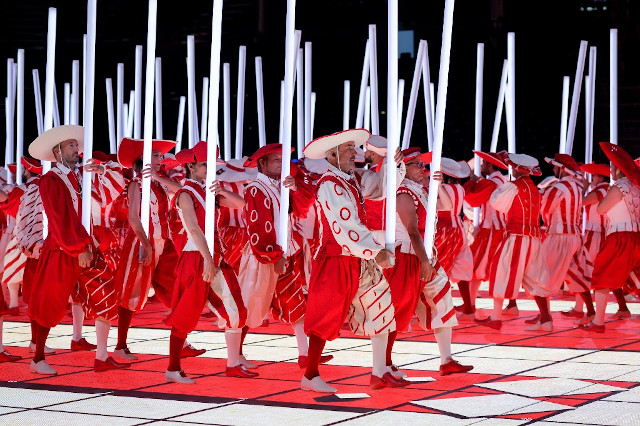 Swiss wines are interesting, unique and delightful as we have discovered over many visits to the region. Swiss grapes have been grown in Switzerland since Roman times and about 148km2 of the country – or 15,000 hectares – is covered with vines, less than 0.4 percent of Switzerland’s total surface area. Just to put that into respective, it puts the country tenth in the world in terms of the vineyards-to-country-surface-area ratio, according to industry body Swiss Wine Promotion.

Currently Switzerland produces around 100 million liters of wine (or one million hectolitres) every year, though that figure has dropped slightly in recent years due to poor harvests. As a comparison, the world’s biggest producer, Italy, made nearly 49 million hectolitres in 2016. The Swiss love their wines and drink nearly all the wine they make. 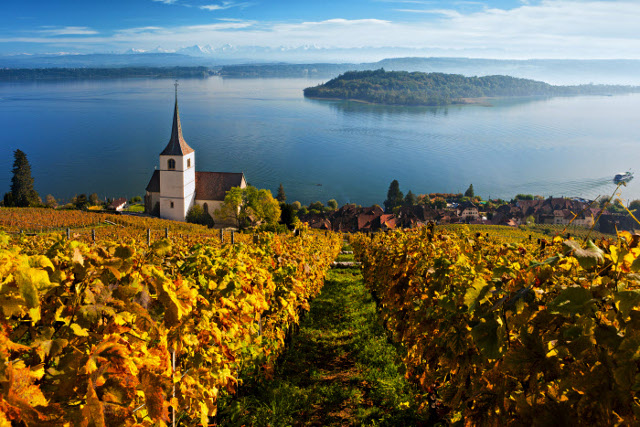 In 2016 Swiss residents drank 89 million liters of domestic wine, which made up a third of the total 235 million liters of wine quaffed in the country (much, therefore, is imported). Only around one percent of Swiss wine is exported, mainly to Germany. The wine regions cover six areas with Valais being the largest, growing 33 percent of the total. The Vaud (25 percent), German-speaking Switzerland (19 percent), Geneva (10 percent), Ticino (seven percent) and the Three Lakes region, which covers Neuchâtel, Morat and Biel/Bienne (five percent) make up the remaining production. 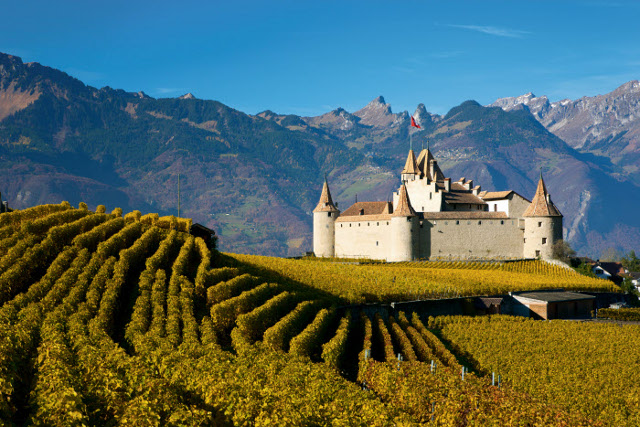 Switzerland boasts over 200 grape varieties. The most popular are Chasselas (white) and Pinot Noir (red) which comprise 27 percent and 29 percent of the total production respectively. Other popular varieties include Gamay, Merlot, Humagne Rouge, Arvine and Savagnin Blanc, Gamaret, Garanoir and Pinot Gris. Chasselas is a very old native Swiss grape variety that originated on the shores of Lake Geneva.

It is still the most dominant grape of the Vaud region, where it makes up 61 percent of the total grape production. It’s also grown widely in the other Swiss wine regions including in the Valais where it is known as Fendant. Not surprising, the highest altitude vineyard in Switzerland (and indeed Europe) is the Visperterminen in the Valais, at 1,150m. 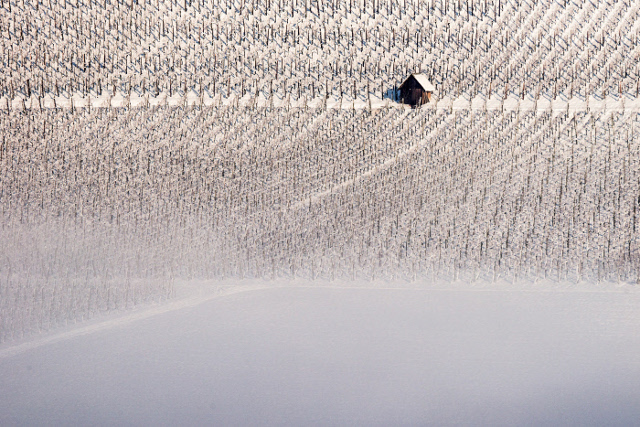 After all of that you’ll need to know how to say cheers. Pick from Santé/Proscht/Salute depending on your language area, and don’t forget to look the person in the eye when you clink glasses! See you in Vevey! 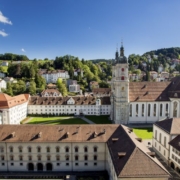 Valais Switzerland Journey Of The Heart Engraved For A Lifetime. 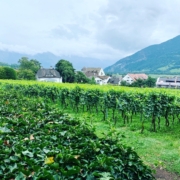 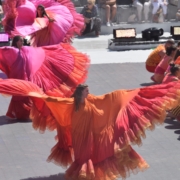 Her grand entrance! Getting ready to celebrate wit

Really into her brillant work! Getting ready to ce

A wonderful project by our good friend @staceygual

Getting ready to celebrate with our good friend @s

On the road again end of this week .. Working on a

On Ice!! The day AFTER Thanksgiving starting the 3

The day AFTER Thanksgiving starting the 30 Hour Br

The Monterey Peninsula Provides a Dreamy Destination Any Time Of Year.

Kansas City Missouri Provides Many Pleasant Surprises For All to Enjoy.
Scroll to top