Could he be the Superman of chef’s?  Although scaling the outside of the Tropicana Hotel in Las Vegas to promote of his first Vegas restaurant may seem a bit extreme for many, the Food Network Star does believe that  he can accomplish anything he puts his mind and body into. 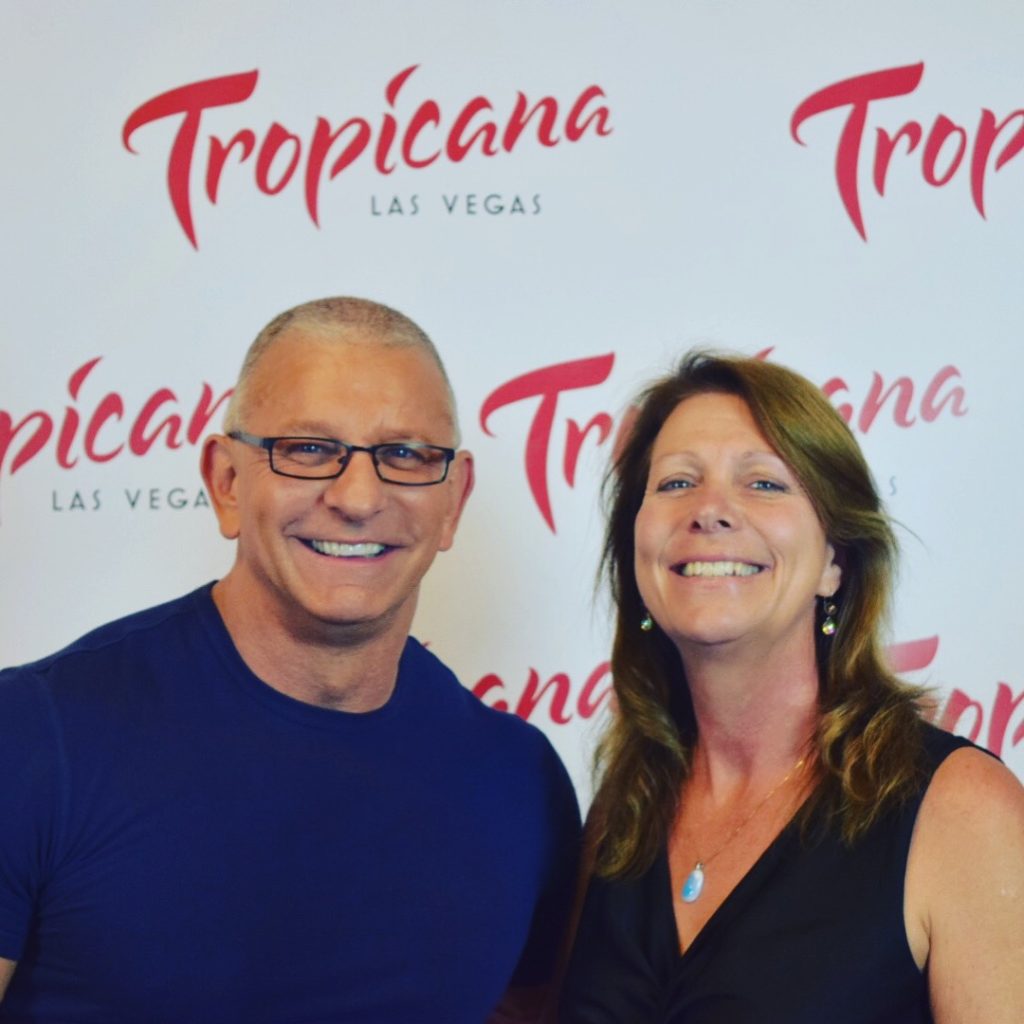 Chef Irvine and his crew do what it takes to mediate, motivate and make over the most difficult restaurant and relationship problems, rendering him a sort of motivational guru. Taking over a failing restaurant often entails dealing with failing marriages and other difficult relationship and financial issues, but he does it with amazing clarity, compassion and a combination of trust and often tough love and that is clearly seen in his popular Food Network shows, Restaurant Express, Restaurant Impossible and Dinner Impossible.

He now has branched out to incorporate his love of health and healthy living with his newest cookbook Fit Fuel and has created his own food company, Robert Irvine Foods. According to Yahoo finance, “Robert Irvine Foods offers a range of restaurant-quality products that are created with all, “natural ingredients, minimizing the use of artificial preservatives, and crafted to be healthier by reducing calories, sodium and fat content without sacrificing the taste.”His Signature Sidekicks dishes, available at Wal-Mart stores, is an effort to make side dishes simpler and more nutritious using top quality ingredients. He also offers instructional You Tube videos, providing even the most novice cook information on creating a healthy meal at home in minutes using his pre-packaged Sidekicks. With the military near and dear to his heart, the Robert Irvine Foundation, donates a percentage of the proceeds from his food line to struggling military families.

Meeting Chef for the first time, made us realize although it seems like it would take super powers to tackle his busy schedule and charity work, he indeed exudes genuine compassion about his mission in helping others overcome their barriers to successful living.

We met with Chef at a special Veteran’s Day cook-off held at the Tropicana hotel and Casino, the location of his soon to be restaurant in Las Vegas, to speak with him about a special in which he partnered with founder Ed Manley of the Military Hospitality Alliance in the 13th annual Military Culinary Competition, in which 50 active duty military chefs met in friendly competition for the coveted title of Armed Forces Culinary Grand Champions. The event was also co-sponsored by the Veteran’s Support Network, a C3 charity which provides training and certifications at no cost for homeless veterans.

TDM: You are such an advocate of helping others to help themselves through your show Restaurant Impossible and your Foundation, how do you carry the same mission into your affiliation with the Ed Manley’s work with MHA and VSN?

RI: Ed and I have been friends for many years; we met way back in the 90’s when I came to the states. We did an event in Denver for the Joint Chief of Staff, and that is how we met. Ed is involved with the USO and other things. As we change the military feeding, which we are doing right now, we should treat our military as the athletes. It is very important to show our military how to cook. Tropicana and gaming, site of my restaurant, is also very involved with the veterans and what the military does and this is a great partnership with me, since we spend on average 150 days a year traveling to benefit our military. We want to highlight what the culinary guys do in the military. All the great chefs are here in Las Vegas and what a better place to highlight this than here in Vegas. This is an opportunity for them to learn different skills since they don’t compete like this in everyday day life. They cook for thousands of men and women out there in Afghanistan, Iraq, Korea and Germany and so forth, so this is really about giving back. This is not about Robert Irvine, it is about a Veterans weekend, highlighting veterans and that is really special.

EH : Are some of the proceeds from the event going to help the Veterans through the Military Hospitality Alliance?

RI:  Yes, that is through Ed, and also through my charity here also. All the people you see here are veterans; veterans helping veterans. Our country has somewhat forgotten about our military and we are a conduit between the military and the general public. We usually only remember them when something bad happens which and it is such a shame since the military is the largest employer in the world to an all voluntary force, which is really remarkable.

EH: Could you please tell us a little about your book Fit Fuel.

RI: Here’s one thing about me I do things that people say you cannot do. When someone says you cannot repel down the side of the Tropicana, and guess what we did it. People said, “Why is a Chef writing a fitness book?”  I own gyms, I train with the military, and because I can. It is now in the fifth printing. They said women would not buy the book, and 80% of the purchases are by women. And a lot of the proceeds go into supporting the military through the Robert Irvine Foundation. Everything is about giving back.

@leonecafelv @tivoli and big news to announce with

A cool galaxy of butter in a pan! The beginnings

The beginnings of a wonderful relationship this e

Of course is signature cocktail for the FINI. @Spa

It would not be complete Without enjoying, Duck co

Excellent and just had to try! Brunch! @Sparrowand

Will For sure order one of these! #cocktails Brunc

Nice French Rose sparkling to get things going! B

Brunch! Taking our seats and we are excited! Live

Getting ready to see what the governor says now!!