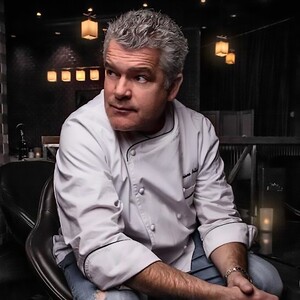 Pellegrini spent 17 years as the executive chef and partner of restaurateur Piero Selvaggio’s Valentino Las Vegas — formerly located within the Venetian Resort. He earned the prestigious Best Chef Southwest Award by the James Beard Foundation in 2004. After the restaurant closed its doors, Pellegrino focused on Dolcevita Gelato, a manufacturing company producing his artisanal gelato for wholesale distribution and consulting for various restaurants in Las Vegas, California, and Minnesota.

He opened Heavenly Pie with his cousin Chef David Brister who has since moved to Texas. The concept of Heavenly Pies focuses on Roman-style pizzas, a trattoria-style menu, and family meal packages offering pasta, salads, appetizers, entrees, and desserts.

Looking over the menu and after tasting many of the offerings, we have to say that every item we sampled was authentic, made with the finest ingredients (many of them imported), which certainly pays homage to Pellegrini’s years of award-winning expertise with every bite. 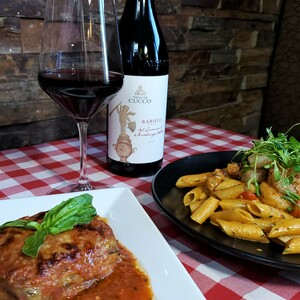 This James Beard award winner never stops creating. “I have a few new concepts I am working on,” he said. “I plan to expand Heavenly Pie with additional seating and make it more of a restaurant instead of a pizzeria.

Additionally, I am growing my wholesale gelato concept and planning a retail outlet for it as well,” he added. Pellegrini is also designing a members-only private Yacht Club featuring a fine-dining Seafood menu slated to open Summer of 2023.

Chef Jamie Tran’s Journey from Reluctant Chef to James Beard Finalist. “My Food. My Journey.” is Chef Jamie Tran’s moniker in just four words. Sitting with Tran at her renowned The Black Sheep restaurant off the Strip in Las Vegas is fun. We could not help being captivated by her smile and effervescent personality. The description above the door reads “Kitchen-Wine-Cocktails,” which is an accurate look inside The Black Sheep’s vibe. 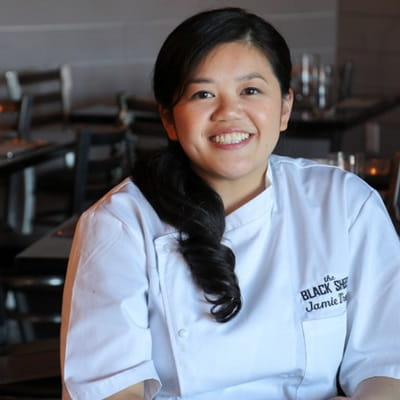 Tran’s sojourn to culinary stardom is as unique as she is. It started relatively typically. She was a young, energetic 14-year-old when she joined her father in the kitchen of a Mandarin restaurant where he worked. Her main job was to wash dishes and earn money for sports gear. Being naturally curious, she would jump on the line to discover what the “cooking thing” was about for herself. Her father made it clear he did not want his daughter to be a chef. The ironic thing was that she didn’t want to be a chef!

Being very motivated, she jumped right into college life to become a physical therapist. Tran had a knee injury in high school that required attention and piqued her interest in the occupation. She was also interested in careers as an orthopedic surgeon, optometrist, and CPA. She received her bachelor’s degree in business and decided it was time to seek a career for herself. But the kitchen kept calling, and all came together when her sister said you might as well “face your destiny,” just like her father.

As a former Le Cordon Bleu culinary school graduate, Tran was well on her way to working at some of the finest kitchens in Las Vegas, such as Aureole and DB Brasserie. It was then that she met her mentor Chef Vincent Pouessel. Being naturally creative, independent, and ambitious, she decided to take the reins and build her restaurant, The Black Sheep, with partners.

This small suburbia restaurant became an instant hit with locals and visitors alike within a short time. During the COVID-19 lock, Bravo TV and TOP Chef Portland came calling. She never really wanted to be in competitions. 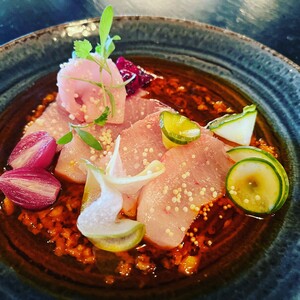 “I am kind of shy; I was the only one in the competition that had not done one,” she said with her distinctive laugh. She decided to go and beat 11 other chefs to make it to the top four.

The recently named James Beard finalist was also an added surprise; “I didn’t believe it. It must be some other Black Sheep,” she said with a giggle. “Truthfully, a friend told me, and I thought it was an April Fool’s joke. I started getting text messages from others and thought, ‘Oh My God, it is true.’”  Just as true as her recent Chef notoriety has taken place globally, her food reflects the same culinary quality of some of the best restaurants on the Strip. Stop by and taste her lovely cuisine and craft cocktails beautifully infused with the Chef’s signature skill, passion, and perfectionism, along with a bit of her quirky personality.