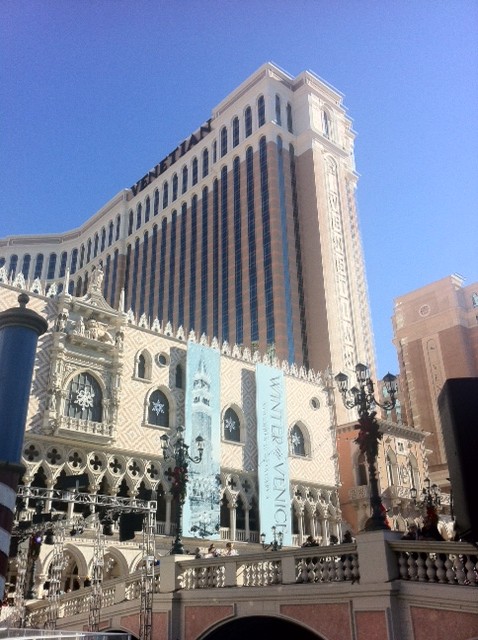 The Venetian and Palazzo Resorts have long  been known for world class service at two landmark resorts located in the middle of the famed Las Vegas Strip. This  winter, The Venetian® and The Palazzo®, the world’s largest Five Diamond resorts have done it again as they magically transform both Resorts  into the most majestic winter wonderland in the history of  Las Vegas .

From November 21 through January 8, guests are greeted by colorful characters wandering the property, spreading good cheer. And another first for the Las Vegas Strip, guests can enjoy an ice skating rink right on the Strip, surrounded by charming string lights, brilliantly lit trees and warm music

If you have a sweet tooth, seasonal treats, like eggnog cupcakes, warm apple cider and delicious hot chocolate are readily available. In the evening, a spectacular light show performance beyond your wildest imagination can be enjoyed by all.

In addition to all of the Winter in Venice festivities, we caught up with Chef Mario Batali who has three venues in these acclaimed resorts.

Chef Mario Batali is known throughout the world as a, restaurateur, award-winning author, and television personality, Mario Batali is one of the most recognized and respected chefs working in America today. 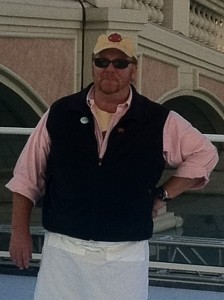 Among his many accolades, Mario was named “Man of the Year” in the chef category by GQ Magazine in 1999. In 2002, he won the James Beard Foundation’s “Best Chef: New York City” award, and in 2005 the James Beard Foundation awarded Mario the designation of “Outstanding Chef of the Year.” Mario was also a recipient of the 2001 D’Artagnan Cervena “Who’s Who of Food & Beverage in America,” a prestigious food industry lifetime achievement award.

This Chef is a very busy man both inside and outside of the kitchen. He can be found  in many publications including the first chef-driven cover story in Gourmet Magazine, an award winning profile in The New Yorker and the first ever chef driven Q&A feature in Sports Illustrated history. Mario was also the topic of the biggest story ever written on a single chef in Time Magazine history. 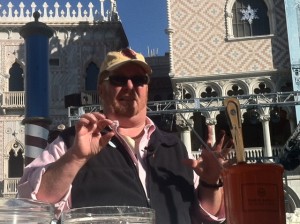 In addition to print media, he has made countless appearances on local and national  television including Oprah Winfrey, ABC Nightline, Extra, Good Morning America, The Today Show, Daily Show with Jon Stewart and Jimmy Kimmel Live! As well. You can see him in Kitchen Stadium and holds the honor of most wins in Iron Chef America history.

This amazing  human being  also gives back with his  Mario Batali Foundation who’s  mission of  is to educate and empower children, encourage them to dream big while providing them with the necessary tools to become an active force for change in today’s world. In an effort to do so, the MBF strives to ensure all children are well read, well fed and well cared for.

We found Chef Batali taking part in the Winter in Venice celebrations at The Venetian and The Palazzo, the resorts for a live cooking demonstration at the exterior of The Venetian by the outdoor gondolas. 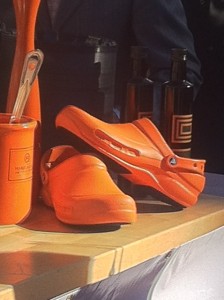 Always being  funny  he Joked  that his signature orange Crocs can’t ever come off, he  stepped on to the ice skating rink and posed for photos with the holiday characters and guests before heading over to the wood burning oven situated on the sidewalk along side of the strip.

A  large crowd gathered and enjoyed slices of his signature pizza as he gave his cooking tips, including that dough should be slowly stretched instead of tossed. Executive chef Zach Allen from Batali’s restaurants inside The Venetian and The Palazzo (Otto Enoteca Pizzeria, B&B Ristorante, and Carnevino Italian Steakhouse) was also on hand to help Batali prepare the pizza and speak with the crowd. 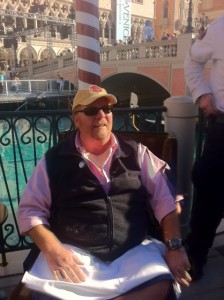 Chef Batali also signed copies of his cookbook, “Molto Batali: Simple Family Meals from My Home to Yours,” for lucky meet and greet winners.

As he was cooking he told the audience, “The quality of your meal is decided when you leave the store and pack your groceries in the back of the car. Fundamentally what distinguishes really great Italian food from mediocre food is the quality of the ingredients. Find stores that will let you taste the salt, the oil and the tomatoes so you can find the food that best suits your particular palate.” 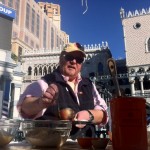 We have visited all three of his venues in The Venetian / Palazzo Resorts and enjoyed each of them immensely for their individuality in décor and dishes crated by one of the most professional staffs in Las Vegas. On any visit to Las Vegas A Batali Venue is worth a visit. And who knows, you might even see “The Man” in the orange crocks in the kitchen. 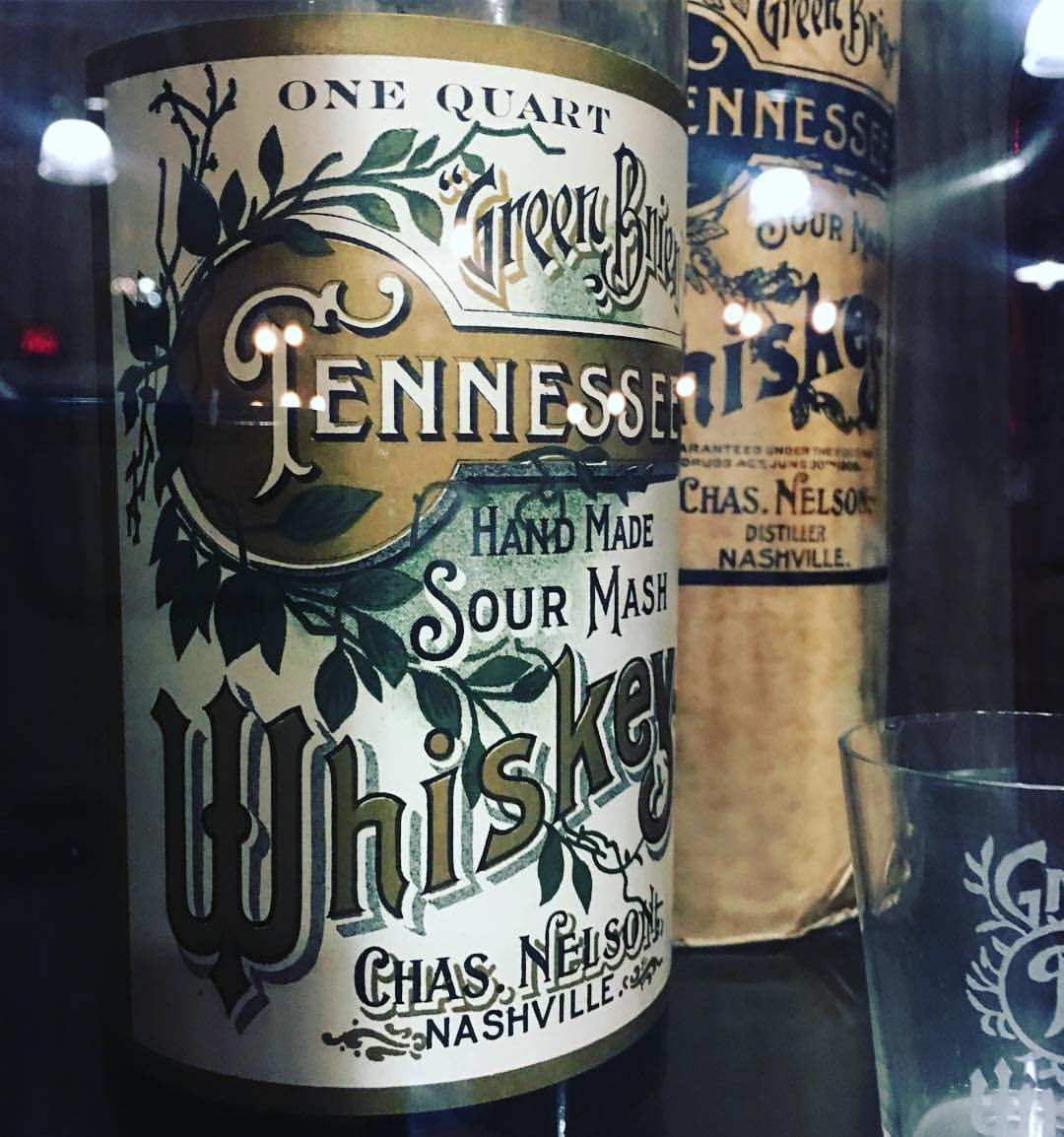 Nashville, Music City USA, Provides What You Expect And So Much More.

Portuguese Wines Come To The USA In A Big Way

Spring Is In The Air , Paso Robles California Offers Up A Wide Variety Of Options To Enjoy The Season

Reducing Food Waste During the Holiday Season. 10 Steps To Make This Holiday... The Enthusiast 100 of 2011 Wines of the year Is a “must have” guide...
Scroll to top