American wine has been produced for over 300 years. Today, wine production is undertaken in all fifty states, with California producing 89 percent of all US wine. The United States is the fourth largest wine producing country in the world after France, Italy, and Spain.

The North American continent is home to several native species of grape, including Vitis labrusca, Vitis riparia, Vitis rotundifolia, Vitis vulpina, and Vitis amurensis, but it was the introduction of the European Vitis vinifera by European settlers that led to the growth of the wine making industry. With more than 1,100,000 acres (4,500 km2) under vine, the United States is the fifth most planted country in the world after France, Italy, Spain and Turkey 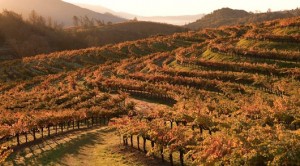 There are nearly 3,000 commercial vineyards in the United States, and at least one winery in each of the 50 states.