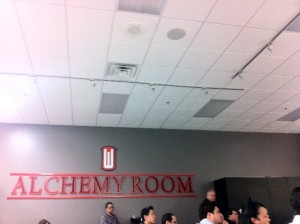 WIRTZ Beverage Nevada is a beverage distributor centered in the culinary and wine epicenter of Las Vegas. Pierre-Antoine Rovani is no stranger to the world of wine like that one which can be found on a wine purse, and was Robert Parker’s First Assistant and worked with Parker for 10 years .
During that time, had responsibility for reviewing wines from Burgundy, the Loire, Alsace, Oregon, the Languedoc, Washington, State, South Africa, the Roussillon, Germany, Austria, New Zealand, and Champagne.
Rovani’s reviews appeared in The Wine Advocate and The Wine Buyer’s Guide. In our conversation before the tasting event he explained that Maison Remoissenet Pere et Fils,a small Beaune (Burgundy)-based negociant, was founded in 1877 and, through the years, had been continually managed by family members.
The firm had specialized in old vintages, primarily for export, and also owned a 2.5 hectare Beaune Premier Cru plot. Prior to its sale in 2005,the firm had been managed by Roland Remoisssenet.Today Pierre Rovani is President of Maison Remoissenet and travels the world speaking about Burgundy and his wines.
A who’s who of Sommeliers ,Chefs and GMs of many of the world’s finest dining venues assembled together at WIRTZ’s immaculate headquarters in Las Vegas to taste a hand selected tasting by Pierre Rovani of seven wines that in included two 1 er Cru and two Grand Cru wines from his estate in Burgundy.
He explained a grape will never continue to mature once picked and certainly won’t make an extraordinary wine by just adding years. As Pierre explained himself, it would be like using green, unripe tomatoes to make great marinara sauce, it just doesn’t make sense. 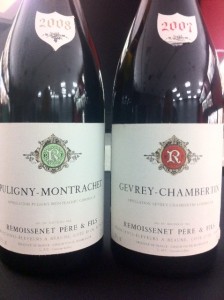 Of the Seven wines tasted, the White Burgundy wines were first and showcased
several stand outs.The Remoissenet Bourgogne Chardonnay 2008,Remoissenet
Puligny-Montrachet 2008,Remoissenet Merursault 1 er Cru Genevrieres 2006 and
Remoissenet Batard Montrachet Grand Cru. They showed the classic nose and palate we would expect from Burgundy.We enjoy White Burgundy for their truthfulness in the fruit and winemaking.
They are mostly made from Chardonnay with smaller plantings of t Aligoté. Many would agree that Burgundy’s white Chardonnay-based wines rank amongst the world’s best wines. In contrast with fat, buttery and oaky New World Chardonnays, White Burgundies in general range from lean and crisp to rich but acidic. The best ones offer good minerality, and those that spend time in oak generally show their wood as subtlely, not overly exaggerated. These are facts we learned thanks to trying wines in the past through wine subscriptions, and whilst we no longer use them it was a great point to jump off of to learn about a range of bottles, grapes, and their individual characteristics. We really enjoyed the White Burgundies we tried this evening, as they were very evocative of their flavors and region.
But now it was time to move on to the Red Burgundy and our palates were ready. There were three to taste and of course the 1 er Remoissenet Beaune 1 er Cru Les Greves and Remoissenet Clos Vougeot Grand Cru truly stood out in every aspect from color, nose and taste. Cherry, spice, earth and smoke danced on our palates from these amazing world class wines from Remoissenet. 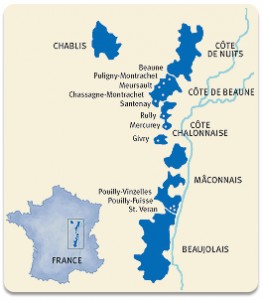 The French wine-growing region of Burgundy is legendary for both red Burgundy (Pinot Noir) and white Burgundy wines (Chardonnay). This renowned region lies on the eastern side of France and covers just over 100 miles. The dominating grape varietals grown in Burgundy are Pinot Noir (making Red Burgundy wines), Chardonnay (making White Burgundy wines) and Gamay (making Beaujolais).The region’s moderate climate with warm summers and cold winters allow the high-maintenance Pinot Noir grape to grow very well. Red Burgundy wines are often on the pricier side. White Burgundy is a Chardonnay and is known for signature, flavors of peaches and honey, crisp acidity and complex flavors that pair particularly well with seafood.
WIRTZ Beverage is well known for their world class portfolio of wine, sprits and beer their products including the Remoissenet wines can be found in the finest restaurants in Las Vegas.
Scroll to top