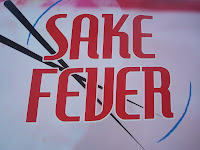 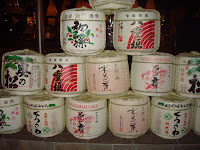 VINO LAS VEGAS attended the first Sake Fever a few years ago and could not wait for it to return. Recently Sake Fever returned in a big way with 150 Premium Sakes
and brewmaters to the Palms Pool and Bungalows.

Sake is a whole way of life and anyone who enjoys Sake should learn about how its made and what the ” language ” of Sake as well. 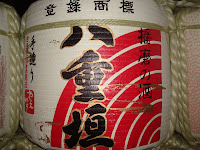 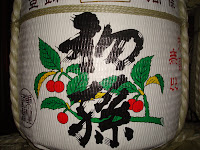 Sake
or saké (pronouned /ËˆsÉ‘ËkeÉ ª/
in English is a alholic Japanese beverage made from rice.

This beverage is called sake in English, but in Japanese, sake (é…’) or
o-sake (ãŠé…’) refers to alcoholic drinks in general. The Japanese term for this specific beverage is Nihonshu (æ- ¥æœ ¬é…’), meaning “Japanese sake” 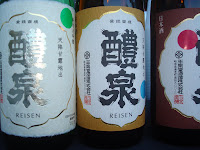 Sake is also referred to in English as rice wine. However, unlike
true wine, in which alcohol is produced by fermenting the sugar naturally present in fruit, sake is made through a brewing process more like that of beer. To make beer or sake, the sugar needed to produce alcohol must first be converted from
starch.

Sake is produced by the multiple parallel fermentation of rice. The rice is
polished to remove the protein and oils from the exterior of the rice grains, leaving behind starch. A more thorough milling leads to fewer congeners and generally a more desirable product. 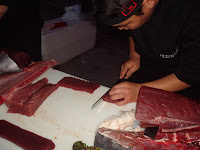 Newly
polished rice is allowed to “rest” until it absorbs enough moisture from the air
not to crack when immersed in water. After this resting period, the rice is
washed clean of the rice powder produced during milling and is steeped in water.
The length of the soak depends on the degree to which the rice was polished,
from several hours or even overnight for an ordinary milling to just minutes for
highly polished rice.

After soaking, the rice is boiled in a large pot or it is steamed on a
conveyor belt. The degree of cooking must be carefully controlled; overcooked
rice will ferment too quickly for flavors to develop well and undercooked rice
will only ferment on the outside. The steamed rice is then cooled and divided
for different uses.

Some of the steamed rice is taken to a culture room and inoculated with kÅji mold (é º ¹, Aspergillus oryzae). The mold-laden rice is itself known as kÅji and is cultivated until the growth of the fungus reaches the desired level
. 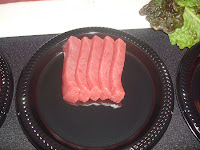 When the kÅji is ready, the next step is to create the starter mash, known as
shubo (é…’æ ¯), or colloquially, moto (é…›). KÅji rice, water, and yeast are mixed
together, and in the modern method, lactic acid is added to inhibit unwanted bacteria (in slower traditional methods, lactic acid occurs naturally). Next, freshly steamed rice is added and the yeast is cultivated over 10 to 15 days.

After fermentation, sake is pressed to separate the liquid from the solids. With some sake, a small amount of distilled alcohol, called brewer’s alcohol (é” ¸é€ ã‚ ¢ãƒ «ã‚ ³ãƒ ¼ãƒ «), is added before pressing in order to extract flavors and aromas that would otherwise stay in the solids. With cheap sake, a large amount of brewer’s alcohol might be added to increase the volume of sake produced. Next, the remaining lees (a fine sediment) are removed, and the sake is carbon filtered and pasteurized. The sake is allowed to rest and mature and then it is usually diluted with water to lower the alcohol content from around 20% to 15% or so, before finally being bottled. 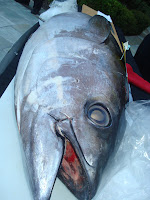 The term junmai can be added to ginjÅ or daiginjÅ, resulting in junmai ginjÅ and junmai daiginjÅ. However, as distilled alcohol is added in small amounts to ginjŠand daiginjŠto heighten the aroma, not to increase volume, a junmai daiginjŠis not necessarily a better product than a daiginjŠmade with brewer’s alcohol. 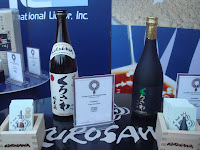 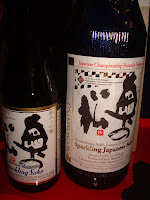 In Japan sake is served chilled, at room temperature, or heated, depending on the
preference of the drinker, the quality of the sake, and the season.

Typically, hot sake is a winter drink, and high-grade sake is not drunk hot, because the flavors and aromas will be lost. This masking of flavor is the reason that low-quality sake is often served hot.Sake is usually drunk from small cups called choko and poured into the choko from ceramic flasks called tokkuri. Saucer-like cups called
sakazuki are also used, most commonly at weddings and other ceremonial
occasions. Recently, footed glasses made specifically for premium sake have also
come into use.

Another traditional cup is the masu, a box usually made of hinoki or sugi,
which was originally used for measuring rice. In some Japanese restaurants, as a
show of generosity, the server may put a glass inside the masu or put the masu
on a saucer and pour until sake overflows and fills both containers.

Aside from being served straight, sake can be used as a mixer for cocktails, such
as tamagozake, saketinis, nogasake, or the sake bomb. 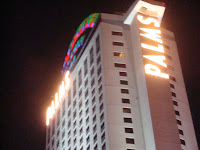 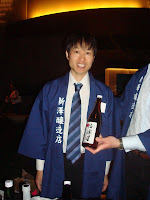 TÅji (æœæ °) is the job title of the sake brewer. It is a highly respected
job in the Japanese society, with tÅji being regarded like musicians or painters. The title of tÅji was historically passed on from father to son; today new tÅji are either
veteran brewery workers or are trained at universities. While modern breweries
with refrigeration and cooling tanks operate year-round, most old-fashioned sake
breweries are seasonal, operating only in the cool winter months. During the
summer and fall most tÅji work elsewhere, and are commonly found on farms, only
periodically returning to the brewery to supervise storage conditions or
bottling operations 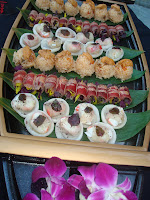 We have been asked about storage and ageability of Sake. In general, it
is best to keep sake refrigerated in a cool or dark room, as prolonged exposure
to heat or direct light will lead to spoilage. Sake stored at room temperature
is best consumed within a few months after purchase.

After opening the bottle of sake, it is best consumed within 2 or 3 hours.[
It is possible to store in the refrigerator, but it is recommended to finish the
sake within 2 days.

This is because once premium sake is opened, it begins to oxidize which
affects the taste. If the sake is kept in the refrigerator for more than 3 days,
it will lose its “best” flavor. However, this does not mean it should be
disposed of if not consumed. Generally, sake can keep very well and still taste
just fine after weeks in the fridge. How long a sake will remain drinkable
depends on the actual product itself, and whether it is sealed with a wine
vacuum top 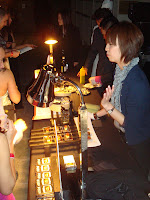 Sake Fever provided its guests great opportunity to learn about Sake from the TÅji
themselves. But the easiest way to know Sake is to learn the Four Basic
Components .

RICE : Sake rice is not your regular rice. It is about 3 times more expensive and there are about 60 different types used. But the best of all Sake rice is “Yamada Nishiki”.

WATER : Water is 80% of the final product. Sake is made from Rice and requires the essential ingredient of water. This important element is the “Terroir” in Sake because each areas water is slightly different.

KOJI : Koji is a mold spore that is propagated with a special batch of cooked rice . Its enzymes convert STARCH info fermentable SUGARS . Without KOJI this Rice based drink will be like “HORCHATA” which is Cinnamon Rice Milk without Alcohol.
While mold spore is purposefully used in Sake, mold spore or black mold spore are extremely dangerous when present in the air because they are highly toxic and can cause immediate health problems as well as long-term consequences. Mold exposure is unavoidable because spores are almost everywhere. Exposure to any mold (in large quantities) in people who are allergic to it may cause allergy symptoms. As a result, if you notice a musty odor or circular-shaped spots that are black/dark brown/green, you should either hire someone to conduct a mold test in your home or purchase a black mold test kit. The sooner you identify the issue, the sooner it can be resolved.

Anyway coming back to the ingredients of Sake again:
LOVE : This is the Brewers secret where they add their own
special touch or love to make their Sake their own. They do this by using
different rice , water , koji and different techniques of polishing the
rice. 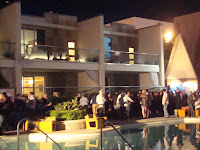 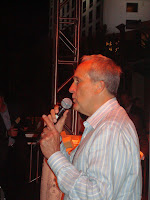 The
term “premium sake ” is not has hard to find as you may think.

\Ginjo Sake Equals Premium Sake
The term “Ginjo” is
synonomous with premium sake, the type of sake exported by eSake’s brewers.
Ginjo is not a brand name. It is a style (a grade, category, class) of sake.
Ginjo sake is to regular sake what single malt scotch is to regular scotch, or
what 100 % agave Smooth tequila is to regular tequila. Only 8% to 9% of all sake brewed
is Ginjo grade. If you see the term “Ginjo” anywhere on the label, it means the
sake you’re about to drink is better than 90% of all sake out
there. 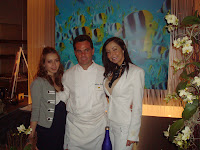 A better way to see the different levels of Sake is our “very own ” Sake
bottle.

Premium versus Non-Premium Sake
Only the highest grades of
sake are exported
to the USA by the brewers introduced at eSake. 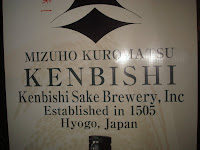 In
addition to speaking with these Brewmasters from Japan , guests were able to
sample great dishes from wonderfull dining venues such as Little Budda , Naked
Fish Sushi & Grill , Island Sushi & Grill , Hyakumi , Shibuya and
Japonais 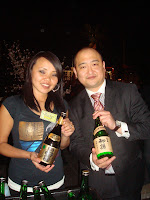