The name Hearst is an historical name in United States History. Today its history continues with Hearst Ranch Winery. Before we took a look at the wines, we had to look at the linage of the land and the vines itself. 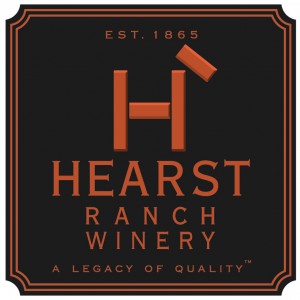 It all started with Sebastian’s General Store Built in 1852 at the peak of the whaling industry, the Sebastian Brothers provided goods and services to whalers, fishermen, miners and neighboring ranches. The San Simeon Bay was a significant shipping point for barrels of whale oil, cheese, butter and other commodities on the Central Coast.

Nearby Old San Simeon Village was flourishing with two hotels, saloons, a blacksmith, a livery stable, a butcher, schools, a depot for a stage travel to Cambria and a telegraph line to San Luis Obispo.

In 1878, the Bay View Hotel was built; a first-class hotel and home to some famous guests like Thomas A. Edison, Winston Churchill and Calvin Coolidge. Unfortunately By 1910, most of the village had faded away, but Sebastian’s General Store survived.  The Sebastian family bought the building in 1914 and operated the store for almost 100 years.

Old San Simeon Village is very different from the palatial opulence of Hearst Castle. Long before William Randolph Hearst began off-loading building material for his famous castle, native Amercians made the area of San Simeon their home. Later the area was part of a Mexican land grant called the Piedra Blanca Rancho.  Even a small community of Chinese seaweed harvesters also lived on the bay in the 1860s. Additionally, Portuguese whalers from the Azores operated a whaling station in the area as well. Russian fur traders and Aleut hunters came to the area for goods and services as well.  When the shore-whaling industry came to an end, Japanese settlers started a business drying abalone. The 12 acres of San Simeon Point were excluded when William’s father, George Hearst, purchased the Piedra Blanca Rancho. They eventually purchased it in 1894 by George’s widow, Phoebe Apperson Hearst. Today, little remains of the many people from so many cultures who lived and worked in the area.

The history of this area is aspiring when you think of the many different cultures that have influenced the terroir of the area.  The men behind these tasty wines have an equally interesting story.  The hand-crafted wines of Hearst Ranch Winery are the collaboration of sound agricultural practices, expert winemaking and the support of the community by Steve Hearst and Jim Saunders.  The wines   from California’s Central Coast vineyards are among the finest in the world. The “Legacy of Quality™” – is what the Hearst tradition is all about.  It was now time to put a few of the wines to the CUISINEIST tasting panel for a closer look.

In the glass this 100% Chardonnay was straw in color and medium bodied. On the nose, aromas of citrus with Grapefruit were  prominent. Secondary hints of peach and light vanilla come through on the backend. The palate features a lovely blend of bright grapefruit and lemon flavors giving way to vanilla with balanced acidity and long finish. The 2011 Glacier Ridge is a wonderfully refreshing central coast Chardonnay that allows the fruit to be featured and not overwhelmed by oak.  Drink now and enjoy

In the glass this 100% Zinfandel from Paso Robles showed its age with a slight age ring.  Color ranged from Ruby to Rose near the lip of the glass and medium bodied. On the nose,  big aromas of plum and stewed red fruit explode out of the glass with earth and smoke on the end. On the palate, a parade of cherry, plumb, raspberry and other red fruit please your taste buds from beginning to end with a long sweet finish with medium tannins. The 2007 Enchantment “Late Harvest “ Zinfandel  handles the 18% Alcohol well and is a treat for your nose and palate any time of year.  Enjoy now or lay it down for 3-5 years more. In a word, Lovely.

The 2009 Three Sisters Cuvee is a nice blend of 50% Syrah, 35% Grenache and 15% Mourvèdre.  In the glass this GSM showed Purple to Ruby in color and medium bodied.  On the nose aromas of strawberry, raspberry, cherry, red floral notes and spice are prominent then give way to earth and smoke.  On the palate bright elegant flavors of cherry, strawberry,   raspberry, and spice show with a long finish and medium tannins.  The “Three Sisters Cuvee” was a nice surprise and a beautiful blend of three classic varietals.  This wine is a work of art and well worth savoring over a nice meal or drink by itself. Either way, you will enjoy this wine. Drink now.