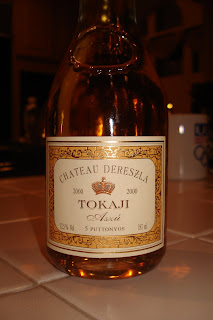 What could be better proof for the fame and rank of the Tokay vine and wine-culture than the fact that every self-respecting wine-shop in the world has a few bottles of Tokay. Every Hungarian child knows the lines of the national anthem referring to the famous wine (’You poured nectar on the vines of Tokay’) and the words of attributed to Louis XIV according to which the Tokay is ’the wine of kings and the king of wines’ (’Vinum regum – rex vinorum’).
The Tokay Aszu wine speciality came to be known all over the world. The preservation of the intact, original wine culture developed during the last thousand years as well as the unity of the wine region was the reason why the UNESCO World Heritage Committee admitted the Tokay wine region as a culture landscape to the World Heritage List in 2002.The story of the wine region is documented since 1561, and is protected since 1737 when a royal order declared it a closed wine region – the first of its kind. Every authoritative viticultural book or lexicon (e.g. Hugh Johnson: World Atlas of Wine; Jancis Robinson: Oxford Wine Lexicon; André Dominé: Wine; etc.) dedicates several pages to this region and its unique wines.
In the early 20th century Europe the great Tokay wines were mentioned besides the most expensive noble-sweet Chateau D’Yquem wine. In Paris there can be no luxury restaurant without a Tokay. The Russian czar family had a special Cossack group to protect the transport of Tokay wines.

What gives the uniqueness of these wines? This wonder is at the confluence of several factors.The ’Botrytis Cinarea’ mildew can be found in almost every wine region of the world and it is a great curse since it rottens the ripe grapes. However, under special climatic circumstances – that can be found in Tokay (Hungary), Sautern (Bordeaux), the shore of the Mosel (Germany) and Neusiedlersee (Austria) – this becomes a blessing since the fungus takes away only the water from the grapes bringing about their rotting and drying. The soil is the great advantage of Tokay as compared to its competitors: while the subsoil of the previously mentioned regions is mainly alluvial and argillaceous-aeolian, the vines in Tokay grow in a volcanic soil. Another curiosity: the temperature in the cellars dug in the volcanic stone is constant both in winter and summer (12 Celsius) and this facilitates the development of the ’Cladosporium Cellare’ cellar mildew.

The preparation of the Tokay Aszu is a unique procedure in two steps. After the harvest the aszu grapes are selected by hand (!) from the healthy grapes. Dry white wine is made of the non-dry vintage by a traditional technology. In the meantime the aszu grapes rest in a huge tub. The liquid pouring out of them by their own weight (without pressing or other external influence) is the basis for the most special, the sweetest and the most expensive wine, the ’Eszenciának’, ’Natúreszenciának’ or ’Tokay nectare’. The average sugar content of such wines is 500-850 gr./ liter, that is, 50-85% of it is pure grape sugar.

In the glass it had a pale golden color with a medium body. On the nose there were hints of honey with lilys.On the palate Its taste reveals the aromas of peaches and grapefruit, but also a a hint of spice with a nice well balanced finish.