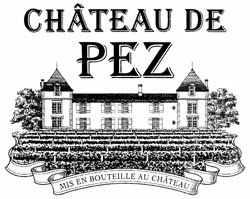 It is not often we get to enjoy a wine that is over 40 years old.As many of us already know, sharing wine and food with great friends has been going on for literally hundreds of years. Recently we had the opportunity to do just that.

We were invited to a dinner party with some of our close friends . Much to our surprise they said it was time to open a very “special” bottle. The hostess produced a Chateau de Pez 1966 Bordeaux before our eyes. Opening the bottle was like anticipateing the delivery of a child.

We  poured some of wine into a  glass and put it to our  nose and then tasted it. We  said nothing for about 20 seconds and then a smile came over our  faces . The wine was Great !

In the glass it showed a light garnet color with the tell tale brownish age ring this wine has deserved after over 40 years in the bottle. The palate produced hints of spices and the forest floor that finished elegantly with smooth tannins.

Chateau de Pez is one of the oldest houses in Saint-Estèphe dating back to the 15th century. In 1452, squire Jean de Briscos ruled the estate followed by the “noble man” Ducos in 1526. Later in 1585 Jean de Pontac took over the estate.

The Pontac family, who also created Haut-Brion, gave Chateau de Pez its vineyards. The property remained in the hands of descendants, the Marquis d’Aulède and Count de Fumel, Commander of the Provence of Guyenne until the French Revolution when the estate was sold as a property of the state.

The Domaine then fell into the successive ownership of several families; Tarteiron, Balguerie, Lawton, du Vivier, Bernard, and Dousson. However, with the constant change of management the estate was not properly managed and was in need of repair.

In 1995, the property was purchased by Jean-Claude Rouzaud who immediately recognized the potential of this great estate. He employed Winemaker Philippe Moureau in 1996 who spent his childhood and career working in Bordeaux. Mr. Rouzaud spent many years restoring the property and its vineyards to its original splendour.The Chateau has once again reached its glory and has recently been reclassified as a Crus Bourgeois Exceptionnel which commenced with the 2003 vintage.

This is a wine that we will never forget as we think about what was going on and the people involved in October of 1966 when this wonderful wine was harvested and the lives it has touched on its journey to our table. It was truly an honor to have shared and enjoyed this wine