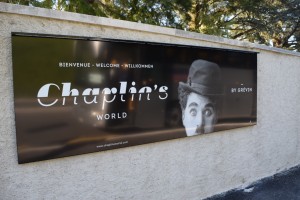 300 million people watched his films. He was the first global celebrity. Beginning in 1912, rising  from extreme poverty to becoming the most famous movie star within 16 years. Actor, director, screenwriter, producer and editor Charlie Chaplin also known as the Tramp entertained millions with his comedic slapstick.

He moved the world from his comedic silent films into a more satirical approach to filmmaking with  the adverse rise of political and social evils. Movies such a The Dictator and The King of New York, showed Chaplin’s deep concern for the shifting wind of social malaise. He continued to act and direct throughout his long and productive life spanning 75 years.

Although his life  was riddled with controversy and much adversity he overcame many obstacles to pursue his craft. However, Chaplin’s career was marred by the accusation that he sympathized with the communist during the McCarthy era. He was forced to leave the US in 1952 and found a home in Switzerland and remain there until his death. 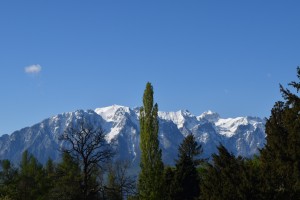 He spent the next 25 years of his life over looking the panoramic Lake Geneva. His 18th-century 19 room mansion served as a place for his writing, entertaining, and filmmaking, and also a home to raise his eight children with his beloved wife Oona. 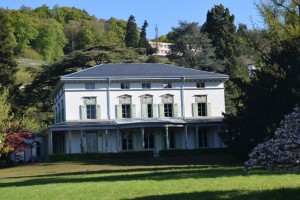 Fast forward to the year 2016. Chaplin’s Legacy is now enjoying a resurgence with the new Chaplin museum, Chaplin’s world, recently  opened in his beloved Corsier-sur-Vevey Switzerland. Three of his children, Michael, Eugene, and Victoria engaged in the process of this new museum with the help of curator Yves Durand. For over a decade and $45 million dollars later, Chaplin’s World  is now open to the public. 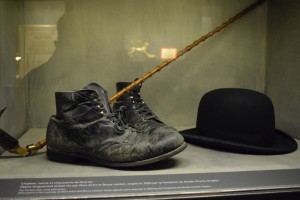 The property was bought from the family in  2008 with the promise that it would be used as a museum honoring Chaplin’s work. “We made an agreement, that this land and home would be for the very purpose of the museum that would be dedicated to honoring the life and work of Charlie Chaplin,” stated Yves Durand in a recent visit to Vevey. “Discovering His work is also about discovering the history of the century and discovering a man that was much more than a clown, but also a man that was a humanist, a pacifist, and his very special look at society and its injustices,” Durand added. 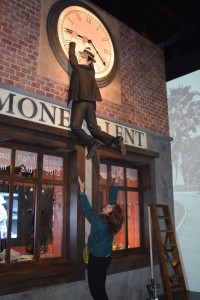 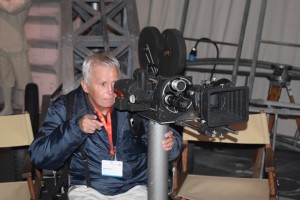 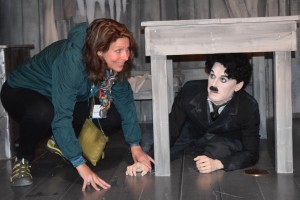 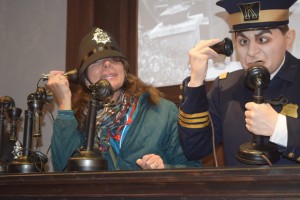 The various rooms are dedicated to the scenes that he used as a filmmaker. Visitors  can interact by moving through recreated movie sets, where one can slip on a costume prop and pretend that you are part of film history.

Images and iconic memorabilia featuring the Tramp wearing his iconic baggy trousers, derby  hat and bamboo cane, give the museum goer the distinct feeling the Chaplin’s spirit  is still very alive and well in every aspect of the museum. 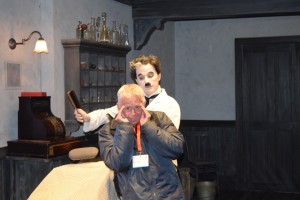 His lovely home also contains his personal artifacts, such as his writing desk and family dining room table and other more whimsical touches such as live like wax statues ,

replicating Charlie himself and other friends, such as Albert Einstein staged in comedic poses throughout the Manse.

A stroll around the pristine grounds also makes one realize why Chaplin loved this place and called it home for the remainder of his life. The museum also boasts a full service restaurant, outdoor cafe, and a gift shop. 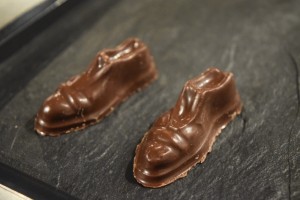 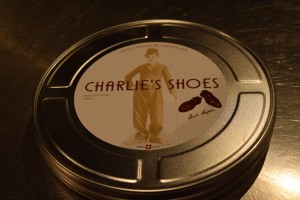 If you haven’t had enough of Chaplin, stop by the Laderach chocolate shop in Vevey for the famous chocolate version of Chaplin’s little shoes.

You will be walking away with an appreciation for the life and work of a man who overcame much to create motion picture history. For more information go to: www.chaplinmuseum.com