Las Vegas is world renowned as an entertainment capital. The neon lights of the famed Las Vegas strip beckon millions every year to its world class venues. This year the world famous Rock in Rio celebration attracted millions to its festivals decided to come to the United States for the first time. There were Vegas won out. 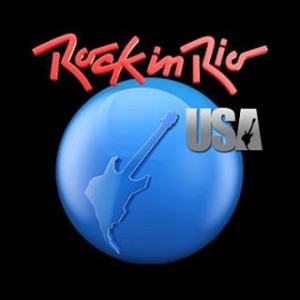 Rock in Rio USA made its official U.S. debut over two weekends, May 8-9 and 15-16, and welcomed over 172,000 attendees in the festival’s U.S. debut. The talent that assembled over the 4 days was a concert goers dream. The closing weekend focused on pop and featured artists as Taylor Swift, Bruno Mars, Ed Sheeran and John Legend this iconic weekend welcomed 90,000 guests. The first weekend brought Rock legends No Doubt, Metallica, Mana and Linkin Park to the main stage with 82,000 rock and roll fans for the two day rock fest.

“We’re absolutely thrilled with the experience of Rock in Rio USA. It was so exciting seeing the audience discovering the City of Rock and enjoying all it had to offer from talent to attractions, food and the Rock Street’s unique atmosphere. We want to thank the US audience for welcoming us so well to the most competitive market in the world, and we are excited for what’s to come!” stated Roberta Medina, EVP of Rock in Rio USA.

The venue is brand new, owned by MGM and located on Las Vegas strip spread out over 40 acres. It includes a Ferris wheel and a 64 foot high zip line that stretches 600 feet across in front of the Main Stage, which is 262 feet long. The venue also includes a VIP area that can accommodate up to 4,000 people, featuring air conditioning, an all-inclusive buffet, an open bar and a unique view of the City of Rock. This venue takes Las Vegas to a whole new level offering festival grounds that can accommodate thousands for multiple day events.
We previewed Rock In Rio days before the debut and were concerned if they organizers would be ready to go. Workers were still laying flooring in the dining venues on Rock Street just two days before. The world’s largest Ferris wheel has not even come to fruition and the high tech main stage was full of scaffolding and workers were still installing lighting. We visited the VIP area twice in three days. It was still getting the final touches completed. We left the preview feeling excited for Las Vegas and the concerts, food and experience that we were promised but concerned if we would be let down.

We walked through the gates on opening day a little reserved, not quite knowing what we would see. We gazed upon a magnificent main stage that was an attraction in its own right. The Zip line was installed and ready to fly guests over the heads of their fellow festival goers right past the main stage.
No Doubt and Metallica had fans rushing in the gate to claim their spots in front of the main stage on the first weekend. The Main Stage also featured Maná, Linkin Park, The Pretty Reckless, Rise Against, Smallpools, Hollywood Undead and Cirque Du Soleil. Over at The Mercedes-Benz Evolution Stage guests jived to tunes from Foster the People, Deftones, Gary C lark Jr., Sepultura feat. Steve Vai, Theophilus London, Coheed and Cambria, Saints of Valory and Of Mice and Men.
The second weekend, fans eagerly waited and danced the night away with Taylor Swift performing “Blank Space,” “Trouble,” “Love Story” and “We Are Never Getting Back Together.” To the delight of the fans, she was also joined by fellow Main Stage performer Ed Sheeran for a special performance of Sheeran’s hit “Tenerife Sea.” On the final weekend Echosmith IveteSangalo. Jessie J, Charli XCX, Tove Lo and James Bay delighted fans throughout the day and into the night.
The biggest attended night was closing night and Rock In Rio USA closed its United States debut in high form. Bruno Mars was the last performance of the festival and brought down the house with “Locked out of Heaven,” “Just the Way You Are” and “Grenade.” Also on the Main Stage, John Legend had guests swooning, along with Empire of the Sun and Big Sean.

Rock street with is tasty venues featuring cuisine from around the world. Attendees had a plethora of food, spirits, beer and street dancers that kept everyone grooving from mid afternoon until the early morning hours. During the four day festival we visited well known venues like MTO, RiRa, Oface Doughnuts and Origin India In addition tasty treats from Mexico, Italy and of course Brazil. There was a buzz in the air about pricing. Most liked the cashless wrist bank were you pre load cash and never have to reach for your wallet.

You may have needed to reload with items like a $70 pizza and a margarita that would send wrist band for a reload at over $30. Those were these exceptions. Most mixed drinks were around $12-14. Beer lovers shelled out $12 for a Modelo or Corona. Food vendors were mostly affordable with dishes from $5 to $18. With a few exceptions, you should not of had to reload very often. The VIP experience with dishes from Chef Wolfgang Puck and an open bar was a nice luxury and fun to experience.

As far as parking, the first weekend was a little confusing but problems were corrected the second weekend with better flow in and out of the festival.

Over the four days, attendees from 47 US states discovered the City of Rock; 18% of attendees traveled from 32 different countries, 30% of which from Brazil. On a survey done during the event, the public gave Rock in Rio USA a 9 out of 10, and 78% of the overall public expressed interest in attending Rock in Rio’s next edition-
Rock In Rio is also about giving back.

In 2001 they created “For a Better World, a social project that aims to motivate people to seek improvements in life through changes in their daily routine. Throughout the festival Rock in Rio near 4,000 pounds of food donated, which was used for more than 12,000 meals. The food was donated to Christ Church Episcopal in Las Vegas, NV.

After attending four days of Rock In Rio USA we enjoyed great food, spirts and beer, and unmatched entertainment. Over 172,000 people attended this inaugural event. 4000 people flew through the air on the Zip line and over 600,000 people visited rockinrio.com during festival days. All events have growing pains and Rock In Rio is no exception. Overall, we were pleased with the festival and look forward to 2017 when Rock In Rio USA returns to Las Vegas and MGMs fabulous new outdoor concert venue on the Las Vegas strip.