The Cuisineist sat down with Thomas Keller, chef / owner of Bouchon and Bouchon Bakery in Las Vegas, to celebrate his first Las Vegas signing for his latest cookbook “UNDER PRESSURE: Cooking Sous Vide” at Bouchon in The Venetian Resort-Hotel-Casino.

The evening attracted over 160 guests, which included an a wide array of VIP’s, culinary aficionados and the current Miss America 2009 Katie Stam. In addition to a Question and Answer session , attendees were offered an opportunity to speak with Chef Keller and participate in an informative discussion on modern culinary techniques. He also signed copies of the book and participated in photos. 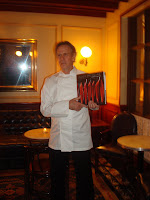 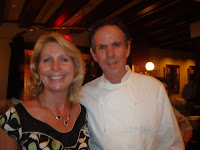 Chef Keller began his career at a young age, working in the Palm Beach restaurant managed by his mother. After serving apprenticeships in Rhode Island, Florida, and the Catskills, he relocated to France in 1983, where he worked in several Michelin-starred houses including Guy Savoy and Taillevent. He followed with successful runs at La Reserve and Restaurant Raphael in New York. In 1986, Thomas opened his first restaurant, Rakel, also in New York, which resulted in extensive critical acclaim and a loyal clientele.

Five years later, Thomas moved westward to California to work as executive chef at Checkers Hotel in Los Angeles. In 1994, he opened The French Laundry in Yountville, which quickly became a destination restaurant known for its innovative, compelling cuisine. His bistro, Bouchon, opened in Yountville in 1998, with Bouchon Bakery following five years later. 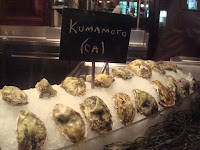 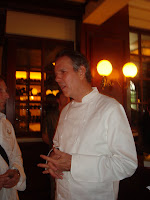 In 2004 , Chef Keller took his skills to New York and opened his new venue Per Se. The Michelin Guide New York City has given Per Se its most prestigious recognition, a three star rating, for the past three consecutive years. In addition, the Michelin Guide San Francisco awarded The French Laundry a three-star rating and a one-star rating for Bouchon in 2007 and 2008–making him the only American-born chef to hold multiple three star ratings since the guide’s inception in 1900 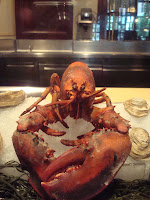 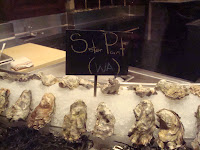 His new book “Under Pressure” is written for Chefs but even novices can learn from who many consider the greatest American Chef.

Chef Keller uses a method of cooking food called ” Sous Vide”. Sous vide is French for “under vacuum” and describes a method of cooking in vacuum sealed plastic pouches at low temperatures for long times. With the proper Sous Vide Tools and some basic knowledge, anyone can prepare consistently delicious and safe food. With more advanced knowledge, a chef can safely create (or modify) recipes to realize their unique vision. 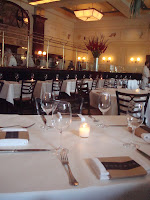 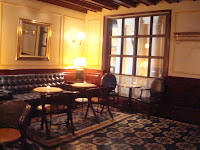 It differs from conventional cooking methods in two fundamental ways: (i) the raw food is vacuum sealed in plastic pouches and (ii) the food is cooked using precisely controlled heating.

The method was developed by Georges Pralus in the mid-1970s for the Restaurant Troisgros (of Pierre and Michel Troigros) in Roanne, France. He discovered that when cooking foie gras in this manner it kept its original appearance, did not lose excess amounts of fat and had better texture.[2] Another pioneer in the science of sous-vide is Bruno Goussault, who further researched the effects of temperature on various foods and became well-known for training top chefs in the method. As Chief Scientist of Cuisine Solutions, Goussault thoroughly developed the parameters of cooking times and temperatures for different foods.[2] The sous-vide method is used in several gourmet restaurants under Jesse Mallgren, Paul Bocuse, Joël Robuchon, Charlie Trotter, Alessandro Stratta and other chefs. Amtrak has used this method of cooking in the dining cars of its long-distance trains, and recently began using the method on its Acela Express trains. Non-professional cooks are also beginning to use vacuum cooking.

Clostridium botulinum bacteria can grow in food in the absence of oxygen and produce the deadly botulinum toxin, so sous-vide cooking must be performed under carefully controlled conditions to avoid botulism poisoning.[3] To help with food safety and taste, relatively expensive water-bath machines (thermal immersion circulators) are used to circulate precisely heated water. Differences of even one degree can affect the finished product. 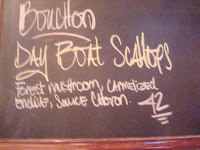 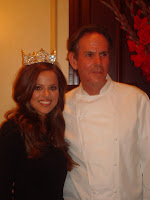 We have visited Bouchon in Las Vegas on numerous occasions and must say, we have never been disappointed. Chef Keller’s techniques and influence can been seen everywhere from the decor , food and service. The Cuisineist had the unique opportunity to spend a few minuets with Chef Keller and talk about his book, Sous Vide cooking , his thoughts about Las Vegas dining and advice to young Chefs