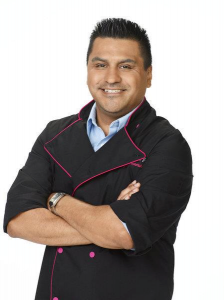 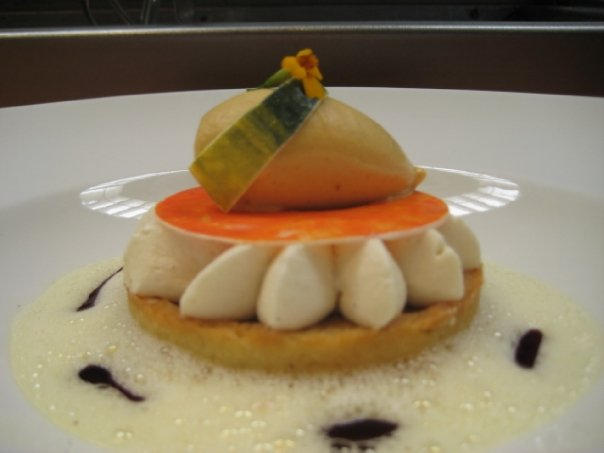 In kitchen aid mixer fitted with paddle attachment, cream butter, sugar and salt, (about 4-5 minutes medium speed). Once creamed, start adding eggs slowly. After all eggs are in and mixed well, stop mixer, spread on half sheet pan, cover with plastic and let rest overnight.

Put all ingredients together in a kitchen aid mixer, whip on medium speed to medium peaks.

Soak pumpkin seeds in simple syrup for 8 hours, then strain out syrup. Place the pumpkin seeds on a baking sheet that has been lined and sprayed with a parchment paper. Place in a 300 F oven, bake for 8-10 minutes or until golden brown. As soon as the seeds are toasted take out of oven and while still hot toss with espellet and salt in a mixing bowl. Store at room temperature in air tight container

In a large bowl and using a mixer, beat the egg yolks together with the sugar for approx. 10 minutes (you want the mixture to be firm and the color of butter).
Very slowly, add in the bourbon and brandy – just a little at a time.

When bourbon and brandy have been added, allow the mixture to cool in the fridge.
Stir the milk into the chilled yolk mixture.
Stir in the ground nutmeg and lecithin.

In a separate bowl, beat the cream with a mixer on high speed until the cream forms stiff peaks.