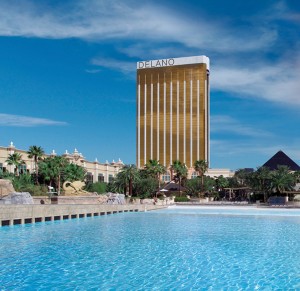 For a one of a kind experience the Delano unveiled an eclectic cocktail program at its lobby lounge, Franklin. This is the center piece hotel for sipping socializing and sampling some tasty libations. The Franklin will offer an atmosphere that appeal to all senses. Its intimate and sophisticated environment featuring gold lighting, hues of deep blue and bronze, and navy sheers that drape from ceiling to floor all the while with shimmering, sparkling lights reminiscent of fireflies at dusk. Guests can expect the Franklin will buzz with live entertainment, including dynamic performances and beats from the hottest up-and-coming DJs.

Libations will be front and center with rare, premium liquors will highlight the drink menu and provide unique backbar offerings, with one-of-a-kind spirits including a custom Glen Moray scotch, a Woodford Reserve Double Oaked bourbon and Delano’s hand-selected Black Barrel Mt. Gay rum. They even have a barrel aging program that features a nice selection of draught cocktails utilizing custom oak barrels stored in house. Showing off more than two dozen craft beers by the bottle and a selection of wines-by-the-glass that is exclusive to Franklin, the beverage menu will provide an array of options to suit any taste.
Are you hungry? no problem, enjoy a selection of small bites and appetizers such as Grilled Flatbread Cambozola with caramelized pears and walnuts; selections of charcuterie and cheeses; and sea-salted Pommes Frites with Smoked Pepper Ketchup; and Fried Pig Ears served with togarashi, lime and black garlic-yuzo aioli. 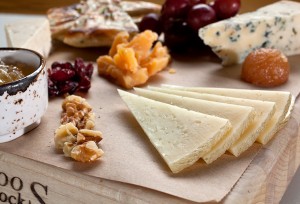 Franklin is anchored by a craft bar program that upholds the art of the cocktail through the execution of perfectly balanced drinks. Abounding with thoughtful touches, Franklin’s menu of classically inspired and signature creations is designed to be defiantly different.
Start Conversations. Highlighted by creative cocktail names that allude to hidden meanings, tongue-in-cheek monikers and historical references, Franklin’s menu inspires curiosity and invites conversation.

Seduce the Senses. Franklin’s libations offer a sensory experience appealing to more than just taste – from drinks whose scent is as delicious as the flavor, to added visual elements such as the array of uncommon, vintage-inspired cocktail glasses, the menu is a feast for the senses.

The Jefferson Library, a beer cocktail served in a tall and slender glass, produces a unique chemical reaction when Innis + Gunn Porter, a dark barrel-aged Scottish ale, reacts with lemon juice, maple syrup and pink angostura, creating ribbons of effervescence as the drink fizzes and cascades down the sides.

With a color reminiscent of the beautiful yet fleeting soft-pink hue the sky takes at dawn, the South Beach Sunrise pays homage to the iconic Delano South Beach and is balanced with Absolut Elyx Vodka, Campari, honey syrup and fresh lemon, offering a lingering flavor profile with the addition of egg whites.

The Mojito Cubano elevates the simplicity of the classic mojito’s fresh lime, mint and sugar with the fragrant nose of Cana Brava Rum. Featuring strong notes of vanilla, coconut and honey, Cana Brava’s delicious scent derives from the mineral-rich soils that produce Herrera, Panama’s indigenous sugarcane, while the rum’s ultra-smooth finish is the craftsmanship of Master Distiller and Cuban emigrant Don Poncho.

Standout Through Spirits. Franklin’s cocktails incorporate a variety of rare liquors and reserves with unique stories all their own.

The perfectly balanced Delano Daiquiri incorporates Bacardi 1909 Heritage Rum, a limited-edition spirit that pays tribute to Don Facundo Bacardí Massó, the revolutionary distiller who founded the Bacardi brand and redefined rum in Cuba more than 150 years ago. Showcasing the original alcohol proof at 89 percent, this smooth rum has a high ratio of Aguardiente Redestillado, the Bacardi brand’s proprietary components.

The Basil Paloma, a refreshingly classic drink recipe featuring fresh lime juice, basil and Jarritos grapefruit soda, features Siet Leguas Blanco Tequilla. The Siet Leguas Distillery in Mexico invented the Patron tequila label – a brand that may have surpassed its predecessor in international recognition and sales but not in quality. Siet Leguas distills its own tequila to this day, using the ancient “de tajona” process of grounding the agave with a stone wheel pulled by mules.

This  collaboration between MGM Resorts International and Morgans Hotel Group the Delano Las Vegas  will fuse South Beach chic with the vibrant energy of the Las Vegas Strip when it comes to life. Join us in September for a sip and a nosh.