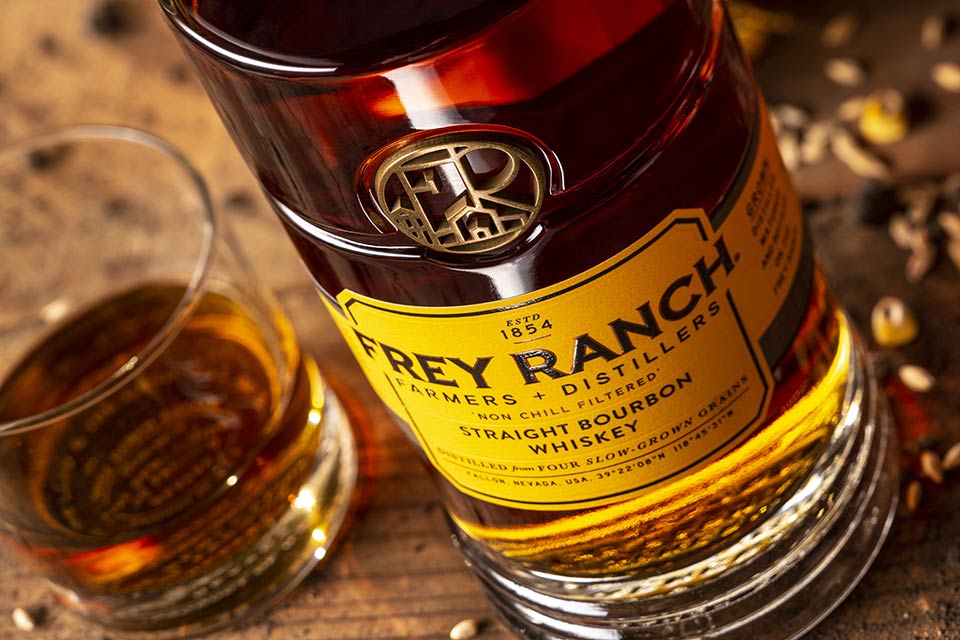 Frey Ranch Distillery co-founders Colby & Ashley Frey have announced the launch of the first two expressions from what they have named their “Single Grain Series”, a line of whiskeys created to highlight the individual grains grown on their 1,500-acre Ranch. Frey Ranch Single Grain 100% Oat Whiskey (50% ABV, 375ml, $59 SRP) and Frey Ranch Single Grain 100% Wheat Whiskey (50% ABV, 375ml, $49 SRP), both of which are made entirely from grains grown and malted on-site and aged for six and a half years in barrels.

Located just east of the Sierras and boasting lush farming conditions due to its proximity to the Lake Tahoe Watershed, Frey Ranch Distillery is a year-round working farm and one of the rare whiskey producers that grows 100% of its grains on-site since the distillery’s founding in 2006. To stay up to date on Frey Ranch release dates and retail locations, visit www.freyranch.com or follow on Facebook, Instagram and Twitter.

The releases come after nearly a decade of planning, patience, and creativity that reflect the early pioneering spirit of co-founder and self-proclaimed “Whiskey Farmer” Colby Frey, a fifth-generation Nevada farmer. The grains used in these whiskeys were planted in the spring of 2014; a year later after harvest, Frey and his team began the distillation process with the intention of creating whiskeys that highlight the flavors of each specific grain. Frey Ranch will release more expressions in its limited Single Grain Series in the years to come; 12 unique whiskeys are currently aging in barrels.

“The release of our Oat and Wheat whiskeys has been a long time coming, and we’re thrilled to see what whiskey enthusiasts think of these new expressions,” says Frey. “Farming these grains ourselves gives us the opportunity to explore the unique flavor profiles of these single-grain variations without influence from any other grains in the mash bill and discover how they can stand out in the whiskey world.” said Colby Frey