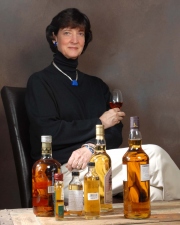 Elizabeth Bell’s first introduction to single malt Scotch whisky occurred in a pub near the Scottish border more than twenty-five years ago. She became a sought-after consultant and authority on single malt Scotch in the early 1990s. In 1996, she became the first American to be invited to undergo training in the sensory evaluation of whiskies at the Scotch Whisky Research Institute at Herriot-Watt University, Edinburgh.

This acclaimed authority Elizabeth Bell has released the definitive guide to understanding and appreciating single malt scotch whisky. In her well illustrated handbook The Smart Guide to Single Malt Scotch Whisky, she educates readers as to the difference between blended whiskies and single malts.

In her  guide, Elizabeth profiles nearly one hundred distilleries and provides a brief history of each. She also covers bottlings offered by each distillery, discusses the production process and its effect on the flavor of the individual spirit, and even provides introductory tasting notes at the end of each profile. 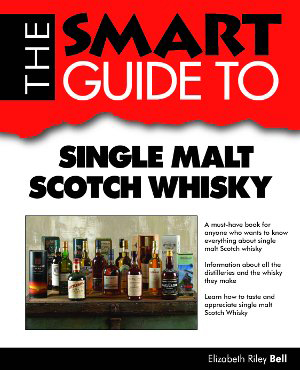 The guide is both an introduction to Scotland’s original whisky and a guide for those who wish to move themselves to new levels of sophisticated appreciation and deeper levels of knowledge, the book teaches novices how to identify the flavors in the “house style” of each distillery, also to recognize the various whisky regions and to appreciate the highly nuanced flavors and aromas of single malt whisky. She also explains how to understand the making of malt whisky, how to read a bottle label as defined by recent regulations, and of course how to choose and buy single malt whisky.

Readers can delve more deeply into the topic of single malts and learn to appreciate the development of flavors in whisky, how to host a tasting, and to use the language of whisky descriptors. The guide concludes with a glossary of whisky terminology and recommended resources for those who wish to further refine their understanding of Scotch whisky.

Elizabeth stated, “There truly is nothing mystical or elitist about drinking single malts, a sipping whisky rooted in tradition, stories, and fellowship. This book will give you the tools to make some initial choices, the words to describe them, and the confidence to choose the styles of malts that you like to drink.”