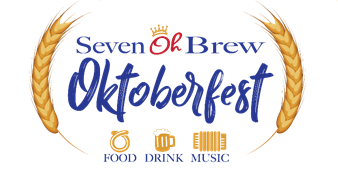 Las Vegas’ first authentic Oktoberfest, presented by Seven Oh Brew, will be far more than beer drinking and pretzel eating. Committed to bringing true German culture and heritage to the celebration, guests will enjoy four days of entertainment and activities. Held September 29 to October 2 at The Orleans Arena Festival Grounds, Seven Oh Brew Oktoberfest will feature multiple stages and more than 50 live acts, featuring entertainment, education, contests and a little something for everyone!

The largest of the Oktoberfest stages will bring daily merriment with acts like: Performances by The Matt Toletino Trio, and live Polka by Hammerstein and Bavarski a Ceremonial Keg Tapping by prominent local celebrities and personalities as well as Jovial Chicken Dance Competitions

Throughout the four-day celebration, the Maipole Village will be the heritage and culture hub for guests to enjoy with authentic demonstrations and fun including German Language Lessons, Woodworking Workshops, Folk Dance & Maipole Demonstrations, Rootbeer Raising, and Backhaus Breadmaking

“Oktoberfest is about so much more than the eating and drinking; it’s about bringing the culture and traditions to life,” said Event Producer John Bentham of Ivory Star Productions. “We are beyond excited to bring these elements to the Seven Oh Brew Oktoberfest! It’s going to be delicious, educational, and just pure fun!”

Held at The Orleans Arena Festival Grounds, located at 4500 W. Tropicana Ave. Las Vegas, NV 89103, Seven Oh Brew is ready to toast and prost to Oktoberfest! For more information and to purchase tickets, visit www.Oktoberfest.Vegas and follow along at @sevenohbrew on Twitter, Instagram, and Facebook.