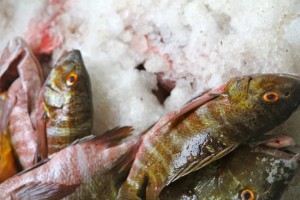 Riffle NW  is an inspired seafood restaurant known for its quality cuisine and ambitious cocktail program is teaming with legendary Las Vegas seafood chef Rick Moonen for a pop up dinner in Portland on February 28th.

“I am really excited to be partnering with fellow former New Yorker Chef Ken Norris, and cooking alongside him for our upcoming dinner at Riffle NW,” said Chef and cookbook author Moonen. “Ken and I have a lot in common and not only share a passion for fresh, sustainable seafood, but also aim to glorify the protein by treating it with respect and altering it as little as possible, letting the natural beauty of the dish shine through.”

The fit is natural enough as Norris continues to push for changes in the way fish is sourced and caught not only in the Pacific Northwest, but everywhere – something that garnered Riffle NW ‘Catch of the Year’ from Portland Monthly.

As for Moonen, the former Top Chef Masters contestant and Top Chef judge has garnered accolades for himself and his restaurant, Rick Moonen’s rm seafood at Mandalay Bay Resort and Casino, since 2005. In 2008, Moonen published Fish without a Doubt a practical, hands-on guide to buying, preparing and cooking a wide variety of seafood. 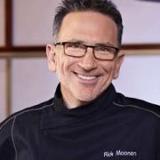 This incredibly special  dinner at Riffle NW will feature six courses ,three dishes from each chef in an alternating manner ,a dessert, plus a chowder amuse from each chef

Riffle NW is also known for its ambitious cocktail program overseen by bar manager Brandon Josie.  A 50-dollar ‘Drinks’ pairing is optional and highly suggested for the meal. The menu will feature a couple of Josie’s creations as well as a few wines as well.  It’s a playful way to pair drinks with the mouthwatering dishes that will include lobster burrata, a Thai papaya salad with seared scallops, oysters and a branzino from Chef Moonen that will delight Riffle NW regulars used to Norris’s take, among other items. 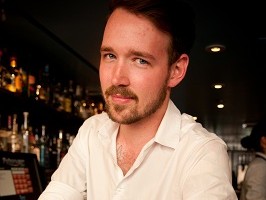 Norris too is excited for Moonen’s arrival, as it’s another way to focus on how seafood is caught, cared for and consumed.

“My personal goal is to make Portland known as a seafood town, using all of the incredible resources around us, so that we are on par with Seattle and San Francisco,” he said.  “Rick Moonen is a longtime, high-profile, devoted advocate for sustainable fisheries. We want this dinner to draw attention to our shared missions for fisheries and their environments, but most importantly, it will be a couple of days of fun.”