In Manhattan you will find Flex Mussels a seafood restaurant located in West Village and Upper East Side neighborhoods that headed up by Chef/Owner Alexandra Shapiro. Shapiro is well known for her world class oyster program, PEI’s freshest and plumpest mussels cooked in 23 global-inspired sauces, an esoteric beer selection, and a handpicked wine list.
Recently, Flex Mussels became the first restaurant in New York City to harvest and sell its own line of oysters. Named ‘Lil Sharkey’s after owner Alexandra Shapiro’s childhood nickname, the oysters are from Prince Edward Island and were grown in Atlantic Aqua Farms, the largest mussel farm in PEI. 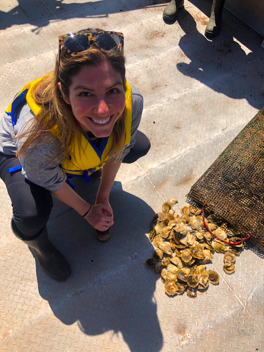 “The concept of Flex Mussels originated in Prince Edwards Island and we’ve sourced our seafood, oysters, and mussels there from the beginning. We want to provide our guests at Flex Mussels an offering from PEI that we can truly call our own,” stated Shapiro. “We’ve created that with the addition of these exclusive ‘Lil Sharkey’s.” She added.

This is the first year Atlantic Aqua Farms harvested oysters worked directly with Shapiro to perfect the size and shape. Perfectly sized, the ‘Lil Sharkey oysters are approximately three-inch cocktail size with a deep cup. 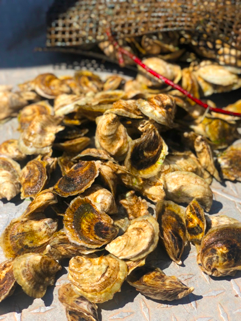 The meat is plump, opaque, high in salinity and has a sweet finish. Stop in early as only a limited number of ‘Lil Sharkey’s are served each day during happy hour and dinner service, as available.