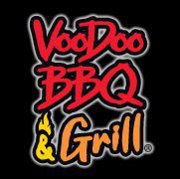 VooDoo opened its first location in New Orleans on Mardi Gras Day 2002 and has expanded to reach 53 planned locations in six states. They  serves competition-style barbecue beef, pork and chicken with unique side dishes, plus salads and sandwiches in a  fast casual environment

Gregg Frazer, whose long career as a chef and restaurant executive has taken him from fine dining establishments in Australia to a Mississippi-based network of chain eateries, has joined the executive team at VooDoo BBQ & Grill, one of the nations hottest food franchise systems. 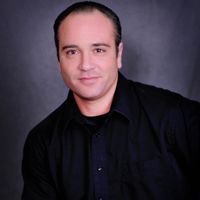 Frazer is  executive chef and vice president of operations, a new position. He is responsible for inventory and cost analysis as well as analysis of the companys recipes and the VooDoo BBQ menu. In the coming months, Frazer will oversee the development and implementation of a centralized database system to manage all of the growing companys operations, from procurement to sales.

“What attracted me is that VooDoo is definitely onto something, and with the right kind of development, we can get to where were growing, growing, growing all over the country,” Frazer said. “Its a great time to join VooDoo BBQ because on a national level, barbecue franchises are a small, underserved portion of the (restaurant) industry, so there’s a tremendous opportunity for growth.”

VooDoo BBQ CEO Tony Avila said the 10-year-old company was looking for someone with Frazers blend of experience in both the kitchen and front office.

“There are a lot of good chefs out there, and a lot of people who can run a restaurant as a business, but not too many who have experience and skill at both,” Avila said. ”Gregg has the skills, experience and passion we need for this new position, a critical one as we expand our brand in the region and make sure we are maintaining consistent products and levels of service throughout our system. Im thrilled to have Gregg join our team.”

Frazer came to VooDoo BBQ from Eat With Us, a Columbus, Miss.-based company that owns and operates five restaurant chains, including Harveys, Sweet Peppers Deli and Park Heights, with a total of more than 30 units. Frazer was Eat With Us corporate chef and procurement director.

Before that, Frazer was corporate chef for a southern California food brokerage and worked as a chef at such fine dining establishments as Le Bec-Fin in Philadelphia and the Four Seasons resorts in West Palm Beach, Fla., and Sydney, Australia. He holds a culinary degree from the Culinary Institute of America in Hyde Park, N.Y., and an MBA from National University in La Jolla, Calif.

Frazer said he found out about VooDoo during the Christmas season when he visited New Orleans with his wife  Jennifer. He saw the job listing on Monster.com and went to the original VooDoo location on St. Charles Avenue in New Orleans and  was impressed by the market potential of the bright, clean, inviting interior, the Louisiana music on the PA system and, of course, the competition-style barbecue.

“Our food, compared to other national barbecue franchises, is far superior,” he said. ”From the method of smoking , which is done at each individual location, not shipped pre-done like some of these other guys to the certified Angus beef we use for our brisket, I know we’re greater than other brands out there. When so many are cutting on quality, VooDoo hasn’t gone down that road.”

VooDoo BBQ and Grill has become a landmark restaurant in a relativity short amount of time which can attest to their adherence to quality in both the front and back of the house.