Napa Valley is known for great wines and world class dining.  Soon there is yet one more  star in Napa that will be added to their culinary sky. 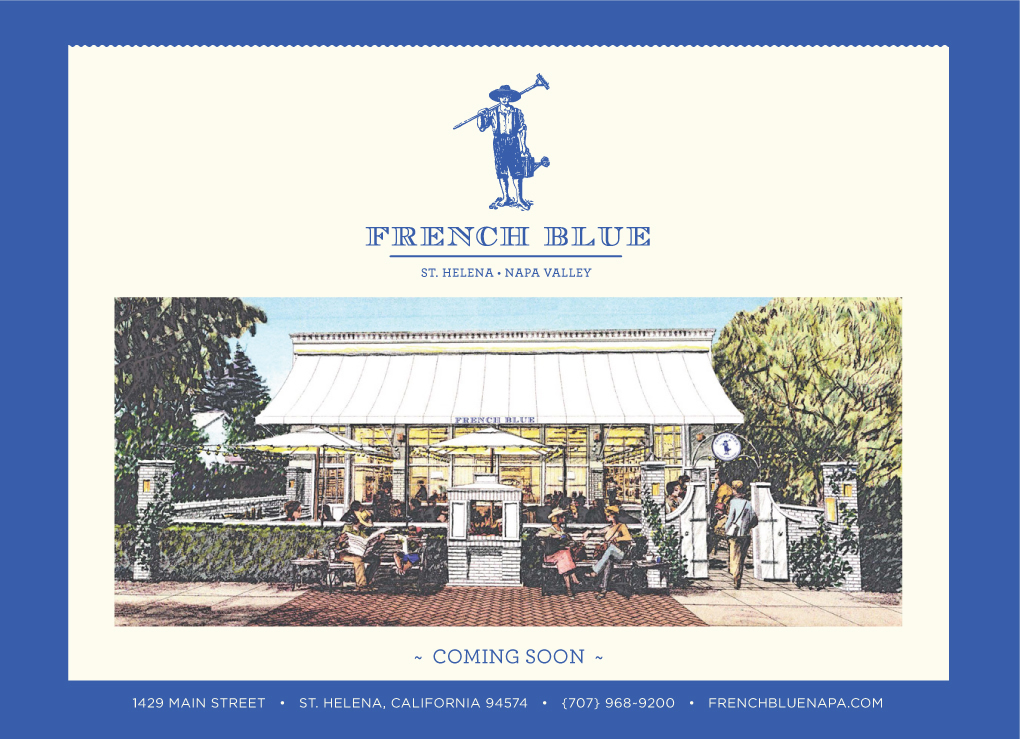 Set in the old Vanderbilt building on the north end of downtown St. Helena, the restaurant’s name comes from the blue doors which graced its entrance for over 50 years.  The venue will feature a large open kitchen with a wood burning oven and grill, two fireplaces, a communal table in the center, outdoor seating and a private dining area.

At the Helm of Napa’s newest eatery with be Managing Partner, Stanley Morris who brings 30 years of hospitality experience to French Blue.  Recently, he has acted as Managing Partner at the world class dining and entertainment venue, Teatro ZinZanni in San Francisco, which he helped establish in 2001. Formerly, Stanley was Vice President of Operations for Stars Bar & Dining in Singapore, Seattle and San Francisco.  His California restaurant career began with famed restaurateur, Larry Mindel, where he was General Manager of Prego on Union Street in San Francisco followed by the position of Director of Operations for the first five Il Fornaio restaurants along the West Coast. 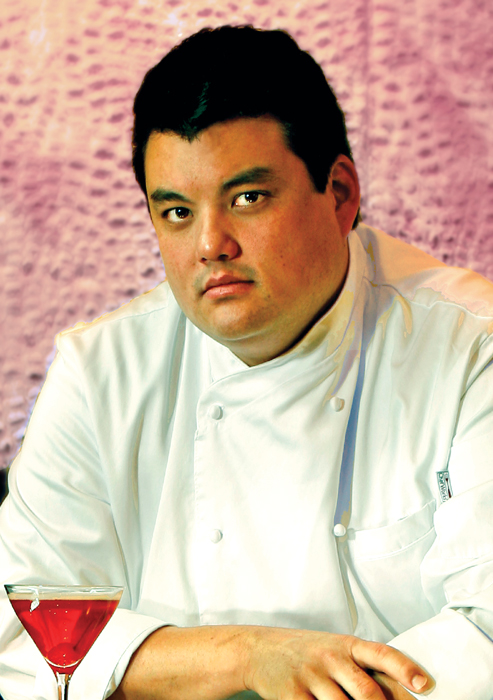 Serving as Executive Chef will be Philip Wang, formerly of Merriman’s Kapalua in Maui, Mason’s in Sacramento, Napa Valley’s Carneros Inn, and Truc in Boston; Chef Phillip also worked in the kitchens of Blackbird in Chicago, Restaurant Daniel in New York, Jardinière in San Francisco, and several others.

Chef Philip has designed a menu that showcases local food sourced largely from nearby Rudd Farm & Orchards on Mt. Veeder, with fresh baked goods crafted by Noe Valley Bakery Owner, Michael Gassen. The flavorful dishes will be simple, using only the best local ingredients. Nearly everything will be house-made from the charcuterie to honey and jams. The beverage program will feature wines from the growing regions of Northern California, local craft beers, and seasonal cocktails.

This work of art was designed by Howard Backen with interiors by his wife, Lori Backen. The design captures the warmth and comfort of wine country living, re-imagined for its contemporary setting. Behind the restaurant will be Howard Backen’s newly designed office for his architecture firm, Backen, Gillam and Kroeger .  They are  one of California’s most renowned architects and recently named one of  Architectural Digest’s 100 Designers,  Howard Backen’s work includes wineries such as Harlan Estate, Ovid, Screaming Eagle, Rudd, Bond and Paul Hobbs; restaurants such as Press, Evvia, Kokkari and Il Fornaio; and hotels Meadowood Resort in Napa Valley, Esperanza in Cabo San Lucas, and Sundance in Utah.

French Blue will be serving breakfast, lunch and dinner to the discerning palates of the Napa Valley and surrounding area.  French Blue should be well worth a visit when in Napa this spring.