Out with the old and in with the new seems to be a Vegas theme for restaurants that transition to include an updated look and invigorated menu items. Lately there has been a bevy of transitions and new comers to the restaurant scene in Las Vegas including a Food network star throwing his chef’s hat into the Las Vegas ring of fire of restaurants. 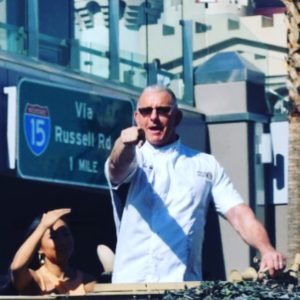 Starting with a look at the new, we met with Chef Robert Irvine for a menu preview of Robert Irvine’s Public House at the Tropicana Hotel and Casino, along with a much awaited makeover of a Vegas Icon Hotel and brewery Ellis Island. New, improved and exciting is what keeps things heating up as the temperatures soar into the desert summer months and there is so much to keep hungry palates pulsating.

Starting with a several grand entrances and engagements to get the buzz bubbling in restaurant news, Chef Robert Irvine, swept into town with a dynamic performance of rappelling 22 stories off the Tropicana to make everyone aware this man means business when it come to bringing “it” to Las Vegas. The former host of Dinner Impossible and Restaurant Impossible is steering his time and attention in bringing his expertise and culinary star to the Las Vegas Strip. 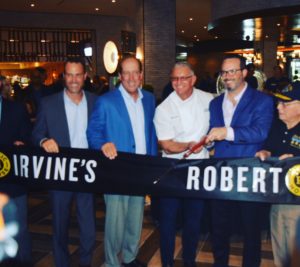 Robert Irvine’s Public House will be showcasing his comfort classic menu highlighting items like buttermilk fried chicken, fork and knife burger and good old chicken wings with Robert Irvine’s bbq sauce and moonshine glaze. As Chef Irvine states, “This will be comfort food with a twist”. The change up will be in the familiar mixed with the freshest and most sustainable ingredients to the plate while also paying tribute to the men and women in the military with specials and discounts for those who have served to keep our liberties and freedoms in place. 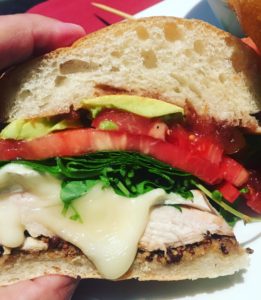 Irvine’s genuine interest in helping people through his TV shows, charitable organizations that embrace healthy living and the nutritional needs of our military is clearly demonstrated in a persona that doesn’t let anything stand in his way of bringing the best to the culinary epicenter of the nation.  Robert Irvine’s Public House is now open at the Tropicana hotel and casino.

Around the corner from the Tropicana is a Las Vegas institution for gaming and dining that doesn’t devour every dime to cover the cost of a cocktail or a bet at the tables. The family owned Ellis Island Casino Hotel and Brewery has been a Vegas institution for over four decades with the addition of the brewery in 1998 but is now facing a construction make over in bringing a little more swagger and shine to this Sin city icon. 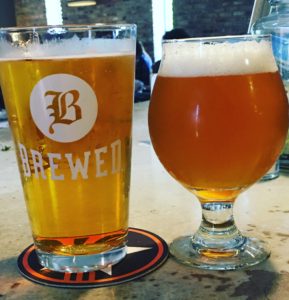 Beginning early July, the construction begins on the $10 million two-story dining, entertainment and gaming facility.  The much anticipated make over is now going to be deemed the Front Yard. “This is an exciting addition to the property that will offer something new and engaging to the guests while retaining the inviting, family-oriented feeling that Ellis Island is known for,” says Christina Ellis, Director of Marketing for Ellis Island. The Front Yard will have a unique garden atrium area for drinking and dining that provides a lighter and brighter atmosphere to the front of the house. Also featuring a two story restaurant where live entertainment will be available to guests as they sip their fresh seasonal beers from the adjacent micro- brewery and soon to be distillery for house made vodka. An elevated bar bite menu will be offered alongside the famous Ellis Island old school steak special. 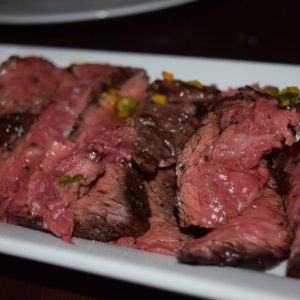 Upgraded rooms completely remodeled with modern and sophisticated silver accents, leather sofas and premium bedding are to be completed by the end of 2018. “This is a big project for us and we are very proud of this,” owner Gary Ellis said at a recent press conference. “This is taking it to a whole other level.” The casino will continue to offer hundreds of gaming opportunities in the midst of the construction.  For more information on go to www.ellisislandcasion.com