Gordon Ramsay Steak at Paris Las Vegas’ new head chef, Christina Wilson, returns to the menu items that catapulted her into fame as the award-winning steakhouse introduces the first-ever Hell’s Kitchen Limited Edition Tasting Menu in honor of her season 10 win. Wilson prevailed over 18 competitors in the hit show, becoming the first contestant to win a position in a Gordon Ramsay restaurant.

The special five-course prix-fixe menu featuring familiar dishes from the popular show presents the first “Hell’s Kitchen” menu in a Ramsay restaurant, and gives guests the first opportunity to see and taste creations prepared on the show in their most flawless form. 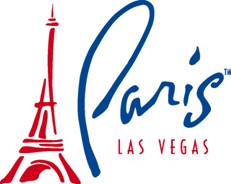 An amuse-bouche featuring the Scotch egg leads the taste-bud tour and sets the tone by being brilliantly accented by Berkshire pork sausage and red wine-braised cabbage. The first course showcases the visually pleasing and perfectly prepared hamachi crudo topped with Iberico ham gelée, American caviar and truffle crème fraîche. A Ramsay specialty that intimidates most “Hell’s Kitchen” contestants, the scallop risotto featuring diver scallops with parmesan and herb risotto, serves as the refined meal’s second course. Ramsay’s signature dish, beef Wellington, stands as the meal’s third course and main dish. Prepared to medium-rare, the unparalleled delicious filet is surrounded with mushroom duxelle and prosciutto then wrapped in a puff pastry and served with glazed root vegetables, potato purée and red wine demi-glace. A piece of mouth-watering caramel apple cake topped with salted peanut ice cream, apple gastrique and cinnamon anglaise completes the meal and is the final piece of the perfectly-crafted special menu.

The tasting menu will change seasonally and  is limited to the entire table. The first 1000 diners that order the menu each season will receive a souvenir folder of the Hell’s Kitchen Limited Edition Tasting Menu and a photo of Chef Ramsay, Executive Chef Kevin Hee and Head Chef Christina Wilson signed by Chef Wilson and Chef Hee to take home. The cost of the menu starts at $145 per person with a wine pairing available for an additional $75.

Only six months after its debut, Gordon Ramsay Steak at Paris Las Vegas has been collecting many accolades and awards. From service to the dining experience, media and critics alike  are showering the restaurant with acknowledgments . The public as made it   one of the hottest reservations to secure in a city filled with some of the most acclaimed names in food.

Amongst the honors and awards bestowed upon Gordon Ramsay Steak:

Named as one of the 25 Most Anticipated Restaurant Openings in the U.S. for 2012 by Eater.com National, March 29

Ranked #1 on the list of 2012’s 7 Most Anticipated Restaurant Openings in Las Vegas by Eater.com/Las Vegas, April 19

When in  Las Vegas , Gordon Ramsay Steak is not to be missed !