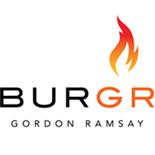 You can call a pig by many names and unfortunately one of our tastiest delights is not highly regarded by many. You know, the image of an obese hairless mammal wallowing in mud and excrement is what we have pictured most of our lives. But, they sure are a delight to our palate no matter which of the numerous preparations we many choose to enjoy on a particular day.

There is one special pig and in fact it has blue blood, yes it’s of royal lineage fit for a crown.The Mangalitsa breed was originally developed during the Austro-Hungarian Empire for its exquisite flavor and was originally reserved exclusively for the taste buds of royalty. This royal pig with its long, often curly hair, is descended, like its cousin the black footed Iberian pig, from the European wild boar and is not well known because it was behind the iron curtain for nearly 60 years. In the 90’s, it was on the brink of extinction with only 200 animals left. 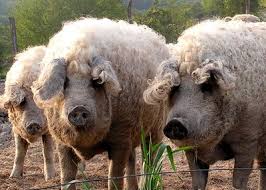 They were virtually unknown and non-existent in America and remain a rare find domestically. That is until New Jersey native, G.C. Andersen spent many years traveling Europe enjoying the taste experience of the Mangalista. He returned to New Jersey with a memory of the amazing taste of Mangalitsa but found he could not replicate it in the U.S.

Motivated to learn all he could about the Mangalitsa, Anderson discovered that the pork he enjoyed in Europe came from heritage breed pigs that are meticulously reared and produced through old world traditions of raising and butchering livestock, a process not found in America .With passion and determination,  he set set out to revitalize those old-world traditions at his Mosefund Farm in Sussex County, New Jersey. 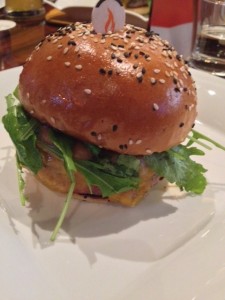 Mangalitsa pork now sourced from Mosefund Farms where these tasty, royal distinctive curly-coated pigs are raised in open pastures and given the time and care to mature. In fact, they require nearly three times as much as of everything from time to mature to amount of feed, as commercial commodity pigs do. They graze on grass and clover and are finished on barley to ensure the highest quality of flavorful and healthful meat. “We’ve all heard the saying that pork is the other white meat,” said investment banker-turned-Mosefund Farm owner G.C. Anderson. “We happen to believe that Mangalitsas are the better tasting red meat.”

If you think about what culinary all-stars the sparkle on the renowned Las Veas strip and a royal pig have in common, think no more. It makes sense that the only place you can find a royal pig is with culinary royalty and that can only be with Chef Gordon Ramsay.

Chef Ramsay is always continuing to elevate and innovate. In this case it’s the traditional burger experience. Gordon Ramsay BurGR now leads the way by introducing its newest and most unique culinary creation,  The Hog Burger featuring exceptional Mangalitsa pork. Unavailable anywhere else in Las Vegas, Mangalitsa pork is renowned for its rich and succulent texture, superior quality and incredible concentrated flavor.

“We take great pride in our sourcing of only the highest quality ingredients to use in all of our dishes. Discovering Mangalitsa pork is the perfect example,” said Caesars Entertainment Regional Vice President of Food and Beverage, Jeffrey Frederick. “These rare pigs are a breed with an interesting lineage. They are raised with such great care and that effort is directly reflected in its amazing flavor, quality and consistency. Without question, there is a direct relationship between the way an animal is raised, finished, butchered and cooked and the way it tastes.” 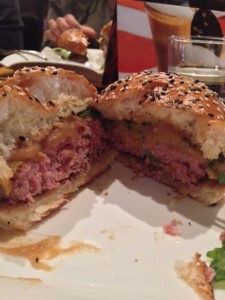 The Hog Burger at Gordon Ramsay BurGR features a special grind Mangalista patty, perfectly grilled over oak, apple and alder woods, basted with maple butter and served with melted English sharp cheddar and arugula on a signature Brioche bun made fresh daily and topped with black and white sesame seeds. This burger was unlike any that we have had in the past. Its light texture and slightly sweet taste will keep us coming back again and again for the succulent tasty, sweet, juicy, royal pig.