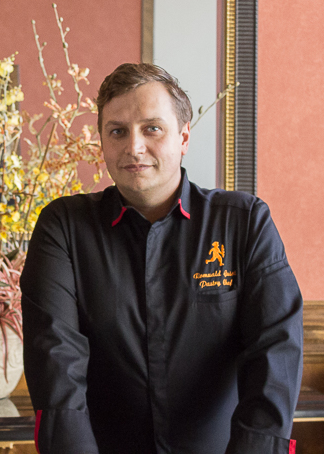 There is big culinary news as well!  French pastry chef and Food Network’s Spring Baking Championship finalist, Romuald Guiot, has signed on with Porto’s Bakery in Buena Park as Back of House Manager. Guiot is a fourth-generation chef, having spent much of his childhood running around his grandfather’s restaurant in France. He reminisces how much he loved to wear the blue apron that was much too big for him, as he scurried around the kitchen. Years later, as he made his way through elementary school, his teacher asked him what he would like to do when he grows up. “Pastry, as grandpa [did],” replied Guiot.
After receiving his Vocational Baccalaureate and Masters in Pastry, Guiot served as executive pastry chef for several bakeries in France and eventually made his way to creating delicacies in the United States. During his time in the States, Guiot auditioned for Food Network’s Spring Baking Championship. “I was happy and honored…that doesn’t happen every day,” said Guiot learning that he would be a participant in the show.
As a finalist in the championship, he shared that throughout the experience he learned how to further craft his baked goods to adapt to the American palette. 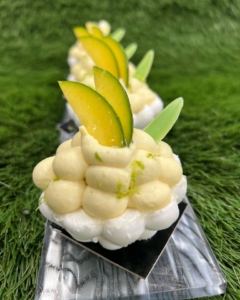 Guiot’s next adventure brought him to meet with Raul Porto, of Porto’s Bakery, where they discussed him joining the Back of House team. 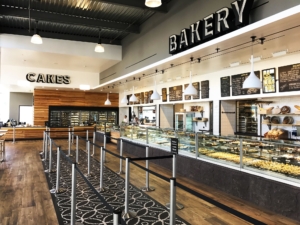 Guiot is always open to a new challenge and readily accepted the offer. “I love the management part. Exchanging with people, finding solutions, improving, and most of all – training and teaching,” he said. “You can’t be a good chef if you don’t share your knowledge.” His favorite dessert to both bake and snack on is the peach tartlet, a new offering that boasts a buttery tart topped with whipped crème, fraîche ganache, peaches, and lime zest. Get a little slice of peach heaven today at Porto’s Bakery in Buena Park, CA.
Scroll to top