Let’s Get With the Times 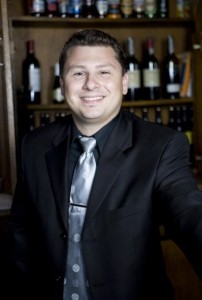 Often, there are times when I am either told or realize that I am very opinionated, but there are certain things that I just have to get off of my chest. When I look back at the 1980’s, I can’t help but think of things like boom boxes, rap music (in its infancy), Depeche Mode, Culture Club, Ghostbusters, Sixteen Candles, Saturday morning cartoons, The A-Team, Alf,  Celtics v. Lakers, Ronald Reagan, Madonna, The Beastie Boys, Nintendo and Sega  game consoles and many, many other things I was very fond of.

Twenty two years removed from that decade and what I see more than anything from that period, nowadays, are; 1. Movies and sitcom remakes of popular 80’s shows and 2. 80’s cocktails. Sometimes, when I am out and about either visiting my favorite watering holes or checking out a new venue, without fail,  there is always one table or group that will be passing the night by with their Long Island Iced Teas, Cosmopolitans, Lemon Drop “martinis,” Sex on the Beaches or  Kamikazes, etc. Why? In my mind, that is when I approach them and say “Folks, pardon the interruption, but I have a message for you. Yes, the 1980’s just called and they want their drinks back!” I mean, let’s be honest, your hairstyle is no longer from the 80’s, nor is your wardrobe. And, you no longer use terms like “tubular” or “bitchin’” do you? Dare I ask what year your car is? So, I do not comprehend to why one has moved on with the times, except for their (lack of) taste in beverages. It just doesn’t make any sense to me. You would think that one would get tired of drinking the same concoctions after twenty years, right?

After all, it’s a natural process, whether psychological or biochemical, that one’s palate and preferences evolves over the years. Out of the 1980’s we have the above-mentioned creations, but there is a long laundry list which also include (in no particular order) the Alabama Slammer, Grateful Dead, Sloe Comfortable Screw, Blow Job, Pearl Harbor, Harvey Wallbanger, Screwdriver, White and Black Russians, Melonball, SloeGin fizz, Tequila Sunrise, B-50’s (most popular B-52), Cape Codder, Seabreeze, Greyhound/ Salty Dog, Orgasm, Screaming Banshee, and many others that were not worth even listing. Vodka brands were just a handful during the mid 1980’s which spurred on the ideas for most of these neon-colored and overly sweet drinks. But, they worked! And, as much as I hate to admit it, vodka and the many candy-like flavored cordials that were commingled with juices and christened with these gimmicky and silly names really captured the consumers’ attention and the craze began! From glitzy high-end restaurants and hotel lobby bars to just about every corner bar one could have easily accessed these libations since the ingredients were fairly common and the recipes… well, let’s say they did not require a doctorate’s degree to recall.

The beverage scene in this country had been poised and waiting for a change in trend, which had nothing to show really since the Tiki cocktail craze exploded, beginning in the mid 1930’s through the early 1960’s. Some of the most well-known rum cocktails in our recent history such as the Zombie, Mai Tai Roa Ae, Navy Grog and Painkiller were developed during this period which was led by Trader Vic’s Victor Bergeron and the Don “the Beachcomber” Beach. However, this period also saw an end to its vast popularity, although there has been a slow resurgence over the past ten years, or so.

Over the last twenty years, there have been huge strides all over the world regarding cocktail popularity through various trends. Undeniably, the craft cocktail movement has been heavily influenced by the “Fresh Movement,” that is, a strong focus on using freshly squeezed juices, fresh produce and spices, including access to many newer or seldom-used exotic ingredients. In turn, garnishes have experienced trendy and extravagant makeovers, as well. The resurgence of vintage cocktails is another very popular and continuously growing trend which brought about many unique and flavorful cocktails of old and spirits and liqueurs that have helped create many more unique and contemporary masterpieces.

Artisanal products through both domestic and foreign craft brewing and distilling have helped develop a new wave of quality-driven ingredients to create even better tasting concoctions. The introduction of molecular gastronomy to mixology has pushed the envelope of the imagination with very cool, innovative and unconventional techniques, as well, having created much intrigue on the consumer side to try “libation experiences” as I like to call them that are quite outside the box of their comfort level.  Another trend that is presently popular and growing is homemade ingredients. Bar masters and barkeeps alike are creating very high-quality ingredients in-house that are incorporated into their specialty cocktails, whether an assortment of different flavored syrups, bitters, tonics or colas and unique garnishes. Well, you get the picture.

So, going back to my rant of the 80’s cocktails… With so much going on in our industry and so, so much more to offer to you, Mr. and Ms. Consumer, why not try something new? Maybe something well balanced and naturally flavored instead of sweet, strong and artificial? I challenge you to put aside the Long Island and Lemon Drop and just take a moment to check out a specialty cocktail list next time you go out to go drink or dine. Forget the bad tequila or gin experiences that you had in your youth many years ago. These are different times and you cannot tell me that the very same silver or gold mixto that by law barely makes it tequila can be compared to amazingly crafted tequila brands of today such as Partida, Milagro and El Conde Azul, just to name a few. The same can very easily be said with gin, which, many times gets a bad rep. And, if menus bore you, then challenge your server or bartender to customize something for you based on your specific preferences. You just might be pleasantly surprised.

Growing up, my parents always instilled in me that you never knock on something without having tried it, first. Afterall, the very next thing that you are almost too hesitant to try could very easily end up being your new favorite beverage or food item. It’s a new year, so, let’s get with the times!