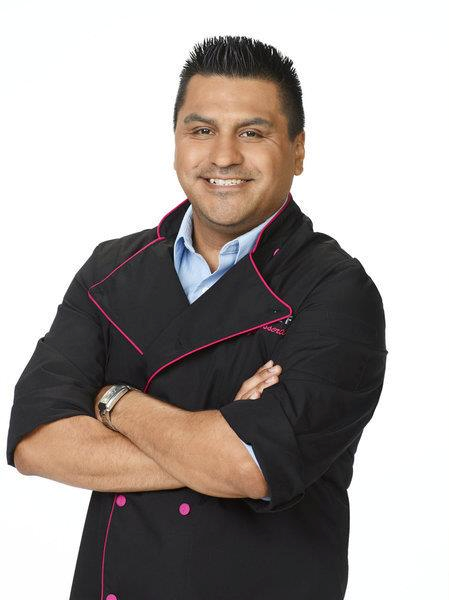 CUISINEIST.com could not have asked for a better Chef Contributor than Chef Carlo Enriquez from Bravo TV’s  TOP CHEF JUST DESSERTS !

This amazing Chef allows you to learn from the best and impress your guests with dishes that are sure to make YOU a STAR !

A native of Los Angeles, Carlos grew up in a small family-run bakery. In 1996, Carlos moved to Las Vegas and was part of the opening team of the Paris Hotel. Here he met artisan bread chef Stephan Mourabit, an early mentor and friend who taught Carlos the true techniques of artisan bread making.

In 2006 Carlos was recruited as the assistant executive pastry chef for the Hard Rock Hotel and Casino, under Executive Pastry Chef Frederic Larre (Le Cirque, Mix, Bellagio and Payard). The Hard Rock pastry team created some of the most intricate and funky desserts for many of the hotel’s celebrity clientele. Carlos then had a stint at Mobil Five Star / AAA Five Diamond / Two Star Michelin Alex Restaurant at Wynn Las Vegas.

In 2008, Carlos took on the role as the executive pastry chef at Cafe del Rey in Marina del Rey, Los Angeles. Carlos was the sole director of the pastry, bread and cheese programs at the restaurant. While at Café Del Rey, Carlos was a participant at the First International Pastry Competition held in New York City, in conjunction with the ICC by Star Chefs.

In 2010 Carlos was approached by Block 16 in Las Vegas to oversee and open Holsteins Restaurant at The Cosmopolitan Resort, along with creating the dessert programs for Barrymore Restaurant and LBS Burger Joint. Since then his desserts have been featured at the South Beach Food & Wine Festival, Esquire Magazine, Las Vegas Weekly, 944 Magazine, Seven Magazine, Huffington Post and Eater LA.

Most recently Carlos was featured on Bravo TV on Top Chef Just Desserts 2. He held his own by making it on a full 8 weeks.

A father of six, Carlos loves to add a playful modern twist to childhood desserts. “Food to me is a simple playground,” Carlos says. “How you approach it will determine how much fun you will have in it.”